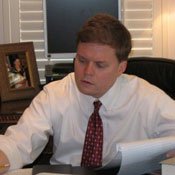 With an early deadline for bills bearing down Tuesday at midnight, state legislators have only two days to act on a number of bills that would stiffen the penalties for ...

When Mississippi Gov. Haley Barbour suspended the sentence of convicted domestic murderer Michael Graham last summer, citizens of Pascagoula were outraged. As shocked and furious as his community, freshman Rep. ...