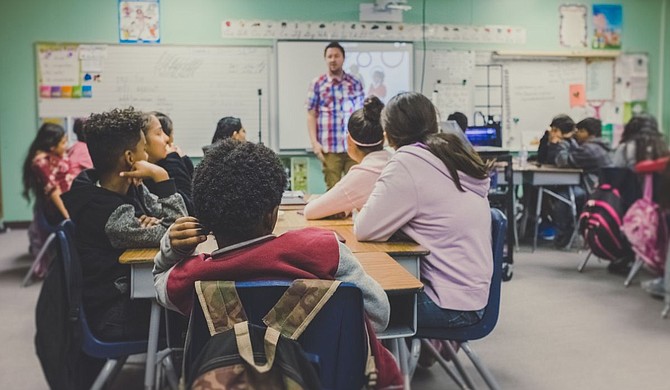 Proposals to increase some of the lowest teacher salaries in the U.S. were in danger Tuesday as Mississippi legislators engaged in a political showdown. Hours before a big deadline, Senate committees voted to keep the issue alive. Photo by NeONBRAND on Unsplash

JACKSON, Miss. (AP) — Proposals to increase some of the lowest teacher salaries in the U.S. were in danger Tuesday as Mississippi legislators engaged in a political showdown. Hours before a big deadline, Senate committees voted to keep the issue alive.

“The bottom line is the teachers. ... They don’t need to be used as pawns in a game of politics,” said Senate Education Committee Chairman Dennis DeBar, a Republican from Leakesville.

The battle appeared be about which chamber — the House or the Senate — would receive credit for a plan that would help about 30,000 educators. Weeks ago, each chamber passed its own bill to boost teacher pay by at least $4,000 a year. Legislators must agree on a single bill to send to Republican Gov. Tate Reeves, who has pledged his support.

Tuesday was the deadline for House and Senate committees to consider general bills that had already passed the other chamber, including the teacher pay bills.

The average teacher salary in Mississippi during the 2019-20 academic year was $46,843, according to the Southern Regional Education Board. That lagged behind the average of $55,205 for teachers in the 16 states of the regional organization. The national average was $64,133.

The starting salary for a Mississippi teacher with a bachelor’s degree is $37,000 for the current school year, according to the state Department of Education. Teachers with advanced degrees and more experience are paid more.

Outside the Capitol, many people don't know or care whether a bill came from the House or Senate. Inside the building, it can be hugely important to legislators who want credit for popular proposals.

Several senators, including DeBar, said leaders in the Republican-controlled House were withholding support from the Senate's teacher pay plan to seek leverage for a tax cut bill proposed by Republican House Speaker Philip Gunn. The House and Senate have passed separate tax cut proposals, and the House plan is larger. Those bills face a March 15 deadline.

Gunn told reporters on Tuesday that House committees did not consider the Senate teacher pay raise bill “because ours is far superior.”

“We passed this thing the second week of the session,” Gunn said of the House teacher pay bill. "The question arises ... why has it not been sent to the governor already?”

Antonio Castanon Luna is executive director Mississippi Association of Educators, which represents about 10% of the state's educators, including teachers, bus drivers, cafeteria workers and others. After Senate committees voted Tuesday, he said MAE members were encouraged.

“We're committed to ensure that every single educator that shapes a student's life is able to be supported in continuing in the profession, in continuing to provide for their families ... and in investing in the future of Mississippi,” Castanon Luna said.

“This should hopefully invigorate teachers again to do what they do best, which is teach our children for our future,” Hosemann said.