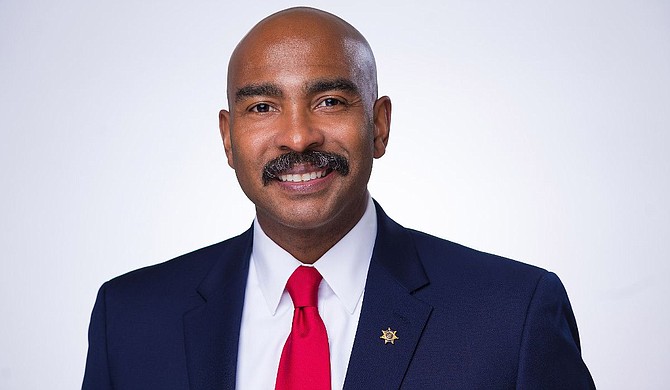 At a Thursday meeting, Hinds County Sheriff Tyree Jones said that everyone in the community must work together to stem violent crime in the state capital city. Photo courtesy Tyree Jones

The FBI and U.S. Attorney’s office are teaming up to assist law enforcement to help combat crime, but they say the effort can’t be done alone, WAPT-TV reported.

At a Thursday meeting, Hinds County Sheriff Tyree Jones said that everyone in the community must work together to stem violent crime in the state capital city.

“We need all communities, individuals, businesses, churches, whatever stakeholders to be on board to help us with the situation that we’re currently facing right now,” Jones said.

One topic of discussion at Thursday'(s meeting was the partnership between federal authorities and local officials known as V-GRIP. It’s an acronym for the Violent Fund Reduction and Interdiction Program.

“As everyone has said tonight, if we come together, we stand a much better chance at reducing the crime rate than the ways things are and have been in the last two years,” said Darren LaMarca, U.S. Attorney.

Jackson’s record 2021 murder rate was about the same as that of Atlanta — a city three times as large, WAPT reported.

The city's homicide rate was a topic in Mississippi Gov. Tate Reeves' recent State of the State address.

“In Jackson, Mississippi, even though Atlanta is more than triple our size, we saw roughly the same number of murders in that year. The rate of killings in Jackson is three times worse than Chicago. It is worse than St. Louis, Baltimore, and Memphis,” Reeves said.

“The violence scars families for generations," Reeves added. “Our community is torn apart by senseless acts of mayhem. If our state is to thrive, we need a capital city of order. Governed by laws, not abandoned to daily violence. We all have an interest in stopping this deadly cycle.”