Analysis: Redistricting Not as Tough as It Was Two Decades Ago | Jackson Free Press | Jackson, MS

Analysis: Redistricting Not as Tough as It Was Two Decades Ago 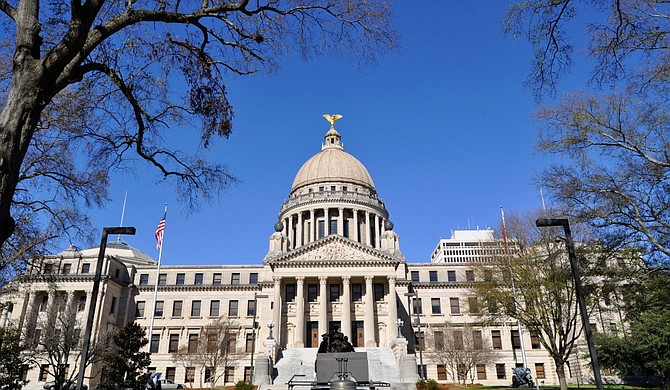 Mississippi’s current congressional redistricting effort is much less contentious than the effort was 20 years ago, when the state dropped from five U.S. House seats to four. Photo by Trip Burns

JACKSON, Miss. (AP) — Mississippi’s current congressional redistricting effort is much less contentious than the effort was 20 years ago, when the state dropped from five U.S. House seats to four.

The state lost a seat because the 2000 Census showed Mississippi’s population had grown only slightly the previous decade, while several other states experienced rapid growth.

Three Democrats and two Republicans represented Mississippi in the U.S. House in 2000. Democrats were still in control at the state Capitol, but Republicans were on the rise. That dynamic led to conflict as state legislators tried to draw new federal districts.

There was broad agreement that the two congressional incumbents with the least seniority — Democrat Ronnie Shows and Republican Chip Pickering — would be tossed into a single new district and that some of their territory would be distributed to other districts.

Shows had represented the 4th District, which included southwestern Mississippi, parts of the pine belt stretching over to Jones County and parts of the metro Jackson area.

Pickering had represented the 3rd District, stretched from the eastern Jackson suburbs in Rankin County up to the Golden Triangle area of Columbus, Starkville and West Point.

After legislators deadlocked without drawing a new congressional map, the redistricting battle moved to federal court. Judges drew four new districts, putting Pickering and Shows together in a new 3rd District that ran diagonally from the southwest corner of the state, up through parts of the metro Jackson area and into Starkville.

Because the new 3rd District had a relatively low Black voting age population, Republicans had an advantage based on Mississippi's historical voting trends. Pickering defeated Shows in the 2002 election.

Mississippi was one of three states that lost population between 2010 and 2020, but the population loss was not large enough for Mississippi forfeit another U.S. House seat.

The boundaries of the four current districts must change to account for shifts in where people live. The overarching goal is to have equal population, with about 740,320 people in each district. That means expanding the footprint of the majority-Black 2nd District, which had a significant population loss during the past decade.

The only Black member of Mississippi’s congressional delegation, Democratic Rep. Bennie Thompson, is also the longest-serving current member from the state, having served since he won the 2nd District seat in a 1993 special election.

“I already have the largest district. ... To grow that district even larger puts a disproportionate burden on it,” Thompson told The Associated Press on Nov. 12.

The 2nd District already has most of Hinds County. Thompson said a simple expansion would be to include the remaining sliver of Hinds County and more of Madison County, which are densely populated. The NAACP also supports this.

However, the Republican-led redistricting committee proposed expanding the 2nd District by adding four sparsely populated counties from the southwestern corner of the state. This would extend the 2nd District almost the whole western border, giving it 40% of the state's landmass. It would also preserve three majority-white districts that favor Republicans.

During a debate Thursday, Democratic Rep. Robert Johnson of Natchez asked the state House to approve the plan that Thompson and the NAACP want. The Republican-controlled House rejected Johnson's request and approved the map that gives Thompson four additional counties.

The Republican-controlled Senate is expected to approve the same plan, sending it to the governor.

And, there's still a possibility that the NAACP or others could ask federal judges to review the redistricting plan, based on arguments that the new map dilutes the power of Black voters to influence the outcome of elections in some or all of the districts.