Remembering Mississippi Children Who Lost Their Lives to COVID-19 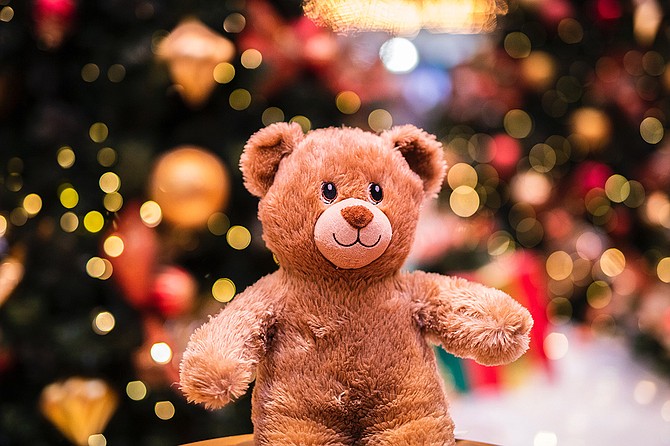 Nine Mississippi children have died from COVID-19 to date. The Southern Poverty Law Center is honoring them with a special Christmas tree in downtown Jackson, near the Governor’s Mansion. Photo by __ drz __ on Unsplash

Inside the Heritage building in downtown Jackson stands a miniature Christmas tree. Teddy bears line the tree’s bottom as if they were its protectors. White lights match the nine pairs of angel wings that decorate the tree, each pair of wings representing one of the nine children who have passed away from COVID-19 in Mississippi.

“Remember Me,” the tree’s official title, was a part of Jackson’s “Capital City Lights” program, a day of holiday programs and celebration, and is the law center’s way of honoring these innocent lives lost far too soon.

“I wish that the Governor of Mississippi, and all the people around him who make decisions for us, do what is right and protect the children across our state,” the letter reads. “You know that we children don’t get to make people wear masks and get shots, but we have to suffer when they don’t.”

The sentiment becomes more poignant when coming from a child who decided that if they could have one Christmas wish, it would be for improved global health rather than a bike or the latest toys.

“We are still scared and very sad that some of our classmates and teachers are no longer here and that some of our friends have lost their parents and family members. We miss them. And, we just want to be safe and free to have a future,” the letter concludes.

‘Nothing To Do With Science’

Since the school year started in August, almost 23,000 students have tested positive for COVID-19, along with more than 4,000 teachers and staff. Schools have seen a total of 1,172 outbreaks in that time, the Mississippi State Department of Health reported.

Since March 2021, the State of Mississippi has not enforced a statewide mask mandate. And unlike last year, when masks were required for schools, Gov. Tate Reeves has opted not to put a mask mandate in place for schools for the 2021-2022 school year.

During a press conference in August, during which time he chose to not wear a mask, Reeves struggled to remember the number of child casualties to COVID-19 and downplayed symptoms for children under the age of 12 as little more than “sniffles.”

Shortly after this press conference, eighth-grader Mkayla Robinson passed away from COVID complications in Raleigh, Miss., tragic and viral news the Mississippi Free Press reported then.

“People who are most at risk and impacted are Black and Brown communities, people with disabilities, and people who are more vulnerable. So this is also a racial-justice (and) economic-justice issue,” SPLC attorney Bacardi Jackson told the Mississippi Free Press.

Though white people lead the numbers in COVID-19 deaths and cases in Mississippi, African Americans come in second, having recovered from an early overrepresentation in hospitalizations and deaths. In the earliest days of the pandemic, Black women were at particular risk, facing the burden of severe COVID-19 more than any other demographic. Across the country, African Americans are still 2.6 times more likely to be hospitalized for COVID and 1.9 times more likely to die from COVID compared to white people.

Factors such as socioeconomic status, access to health care and likelihood of exposure to infection due to one’s occupation have an impact on these numbers.

Southern Poverty Law Center attorney Will Bardwell said that COVID-19 procedures vary by school district and that, with no mask mandate in place for state, school districts have been left to figure out their stances on the divisive issue on their own.

“What you saw early on in the school year was (that) a number of districts who began the year with mask-optional policies had huge outbreaks within the first couple weeks of starting school and scrambled at that point to institute mask requirements in their district,” Bardwell said.

Bardwell cannot exactly pinpoint the reason so many elected officials have switched their views, but he does assert that children’s safety does not appear to be their first priority.

“Whatever their motivations were for leaving children unprotected, it had nothing to do with science, … and at the end of the day, that’s between them and their conscience,” he said.

Jackson said it has become clear to her that, regionally, mask mandates have become very politically motivated and that many policy-makers have backed away from decisions from the prior year that normalized mask wearing.

“Only after it became a politicized issue (did) we start to see people fighting against it and galvanizing folks to show up at board meetings, more as a political cry than as a cry for the safety of our children,” she said. “And that to me is what is particularly harmful and evil about those kinds of positions.”

‘Not Just The Nine’

Bacardi Jackson said that across the five states that SPLC serves––Mississippi, Alabama, Georgia, Florida and Louisiana––they have encountered parents who had to choose between sending their children to school at the risk of infection or endangering their education to keep them at home.

Parents find themselves sending their children to classrooms containing more than 20 students for almost eight hours a day. Having that many students often offers little room for social distancing, and these levels of exposure for the amount of hours that make up each school day can be troublesome for students, faculty and staff.

“We don’t even ask adults to do what we’re asking children to do. Most workplaces have some protections in place. Most workplaces are still distancing or are not having a huge number of people gathering. Many workplaces around the country have policies where people can work from home,” Jackson explained.

With the new, more contagious variant omicron making its debut in Mississippi, COVID-19 case numbers are surging back up, with 4,885 new cases confirmed in one day as of Dec. 30. Schools are closed for winter break, but the reprieve is short-lived, as children will be back for in-person learning in early January 2022.

“One of the things we have been reaching out (about) and looking to do is stand with and alongside parents who are facing very difficult choices,” Jackson said. “We are very concerned about the violations of the Americans with Disabilities Act that protects children with disabilities, (children) who should be able to access the same quality in-person schooling that their peers, who don’t have the facilities, can access without risking their lives.”

The Americans with Disabilities Act is a civil-rights law that bars discrimination against individuals with disabilities in all areas of public life such as jobs, schools and transportation.

“There are thousands of people, children and families, affected, not just the nine,” she added. “At the very least, we wanted to remember that there are people who are dying who don’t have to die. And we wanted to raise the awareness of the community to expect from our policy makers, to not make decisions that are intentionally harmful.”

The “Remember Me” tree stands in the display window of the Heritage Building off Congress Street in downtown Jackson. To learn more about SPLC, visit their website. Parents who would like to share their stories with SPLC can email attorney Will Bardwell at [email protected].