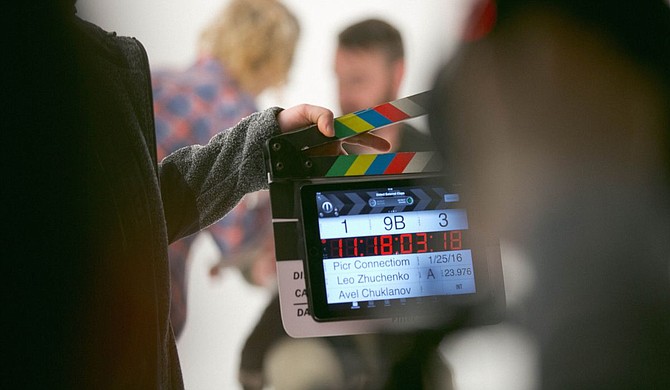 Morgan Freeman stars as a small-town sheriff in a movie that began filming Tuesday in Mississippi. Cole Hauser and Jaimie Alexander also are stars in the comedic noir thriller “The Minute You Wake Up Dead.” Photo courtesy Avel Chuklanov on Unsplash

CANTON, Miss. (AP) — Morgan Freeman stars as a small-town sheriff in a movie that began filming Tuesday in Mississippi. Cole Hauser and Jaimie Alexander also are stars in the comedic noir thriller “The Minute You Wake Up Dead.”

It's among four movies being shot this month around the state, with two more scheduled in March, according to the Mississippi Film Office.

Those two include “Broken Ties,” which will follow “The Minute You Wake Up Dead” into Canton, a city of about 11,000 about 20 miles (32 kilometers) north of Jackson, according to the film office website.

Producer Andrew Stevens told WLBT-TV that Canton was a natural fit for “The Minute You Wake Up Dead,” particularly with state subsidies.

“The small town and historical beauty perfectly fits the screenplay,” he said in an email Tuesday to The Associated Press.

He said the city's old post office is the sheriff’s office, and its upstairs is the set for the real estate office run by Hauser's character, Russ.

“The Diner set from ‘A Time to Kill’ is the perfect location for our movie Diner where Delaine, Jaimie Alexander’s character, works,” he wrote.

Stevens said his entire focus is on that movie, and it's far too early to talk about “Broken Ties.”

Stevens' family is from Mississippi — his mother, actress Stella Stevens, is from Yazoo City — and Freeman lives in Clarksdale, Mississippi.

Casting director Matthew Morgan is a native of Canton. He got his start in the industry as a production assistant and extra alongside Octavia Spencer in the movie “A Time To Kill,” which also was filmed in Canton. He is still looking for extras for “The Minute You Wake Up Dead.”

“I moved to Toronto, to Canada to be an actor,” Morgan told WLBT. “I left Mississippi to follow my dreams and ended up becoming a casting director there for probably 15 years, and then realized I could do what I love back home in Mississippi. As the industry really started thriving, I started coming back here.”

Filming for “The Minute You Wake Up Dead” winds up March 3.