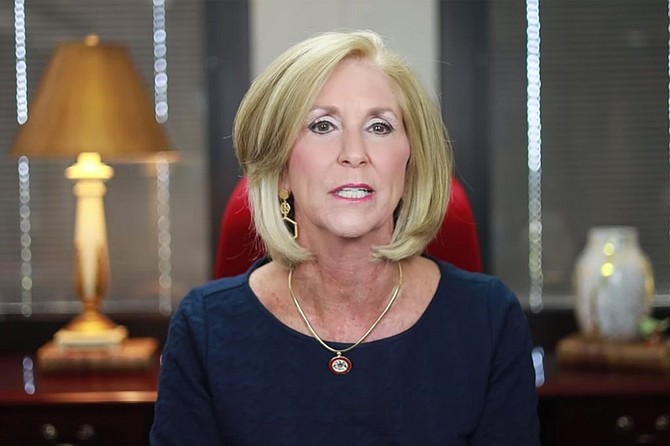 The State of Mississippi has requested a delay of a July court order that demanded fundamental changes to the state’s mental-health care system and set up an external observer to bring it into compliance with modern standards.

Phelps Dunbar LLC attorneys representing the state filed the request in court on Monday. The request, if granted, would put yet another lengthy freeze on the key findings of Judge Carlton Reeves’ July 14 decision, as Attorney General Lynn Fitch makes good on her promise to fight outside supervision over Mississippi’s mental-health system.

“As Mississippi undertakes careful and thorough efforts to perform its obligations under the Order, it is appropriate to partially stay a few parts of the Order identified below, that require immediate action, substantial new funding, and a fundamental alteration of Mississippi’s mental health system,” the request states. It adds that Mississippi “plans to timely file a notice of appeal seeking appropriate appellate relief.”

The stay applies to the most significant demands of the earlier order, including that the state “implement a plan to provide Peer Support Services at satellite CMHC offices (by end of FY22) … fund an additional 250 CHOICE housing vouchers in FY22 and an additional 250 CHOICE housing vouchers in FY23 … implement a Clinical Review Process beginning now … and develop an Implementation Plan within 120 days of the issuance of the Remedial Order.”

The request for a hold on the ruling warns that “absent a partial stay, Mississippi will suffer irreparable injuries from undue interference with its mental health system and a fundamental alteration of that system both in costs and structure.” The document suggests implementing the court’s order will incur millions of dollars in costs per year “thereafter into perpetuity.”

But only months ago a federal court found that the expense of those costs is necessary to address serious failures in the availability of community care, which resulted in the unnecessary institutionalization of Mississippians with mental health-care needs.

Judge Carlton Reeves, who has overseen the ongoing litigation against the State of Mississippi for years now, lauded Hogan’s work and chose to adopt his recommendations in full. “(Hogan) has put forward a careful and modest proposal for achieving minimum compliance with the ADA,” Reeves wrote in July.

The ruling was not a complete loss for the State of Mississippi. State attorneys argued that it has made progress in improving its mental health-care system, and requested the implementation of alternative measures for creating crisis care teams and units suitable for sparsely populated areas. Hogan supported these efforts, and Reeves’ ruling reflects his assent.

The Mississippi attorney general’s plan to appeal Reeves’ ruling will ensure that the sprawling case over Mississippi’s mental health-care system will stretch into a second decade of litigation, a move that will pause the implementation of the federal remedies for over-institutionalization.