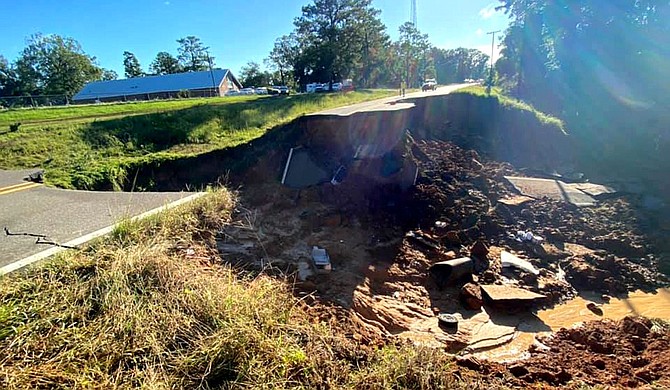 Two people were killed and at least 10 were injured late Monday after a section of Mississippi Highway 26 collapsed near Lucedale and vehicles drove into a pit in the dark.

Mississippi has been sending firefighters, search-and-rescue teams and others to help in Louisiana, which had much more extensive damage from the hurricane.

More than 30,000 customers in Mississippi remained without power Wednesday, many in the rural southwestern part of the state near the Louisiana line.

Gov. Tate Reeves said the heat could be dangerous for older people who lack air conditioning.

“Think about that elderly neighbor that you may have and just ride over and check on him or her,” Reeves said during a news conference. “Just make sure that they are OK, make sure they have water.”

Long lines were forming at some gas stations in Mississippi, partly because Louisiana residents were returning home after evacuating for the storm. Reeves urged people to be patient on highways and in gas lines.