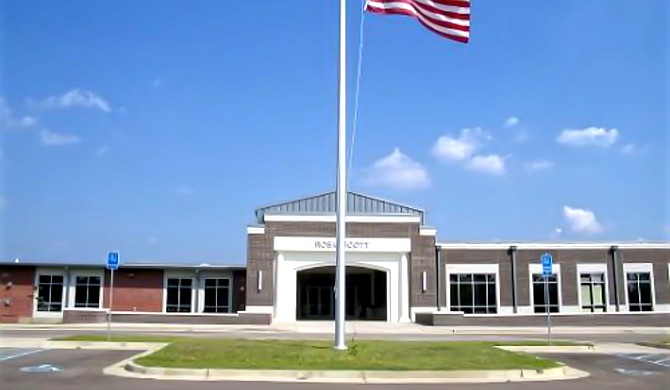 Rosa Scott High School honored its namesake, a woman who served as a leader in ensuring Black children received education when Mississippi was deeply segregated, in a recent ceremony. Photo courtesy web

MADISON, Miss. (AP) — A racially diverse school in central Mississippi is honoring its namesake — a woman who was a leader in ensuring Black children received education when the state was deeply segregated.

Descendants of Rosa Scott were on campus Monday at Rosa Scott High School, a campus for about 400 ninth graders in the Madison County School District.

“Because of her, many African American children began to be educated,” Scott’s great granddaughter, Maryann Gaylor Kennedy, told WLBT-TV.

Scott was born in 1874, educated at Fisk University and worked as a teacher and principal in Madison County. She led an effort to raise money for a school that opened in Madison in the 1920s.

Scott died in 1938, and her gravesite is part of the courtyard on the current campus. When a new school was built in 1959, it was named for Scott.

During the ceremony Monday, principals, educators and alumni talked about the school’s impact and Scott’s mission of advancement. Her family gave the school a copy of Scott’s biography written by one of granddaughters, Rose Mary Collum Gaylor.

Students designed a flag for Rosa Scott school, giving replicas to the family.

“Rosa Scott was a powerhouse," another of her granddaughters, Margaret Bernstein, told WJTV-TV. “She really understood that education is the key to success, and she wanted to unlock that for Black children, so that’s why it was important to be here today.”