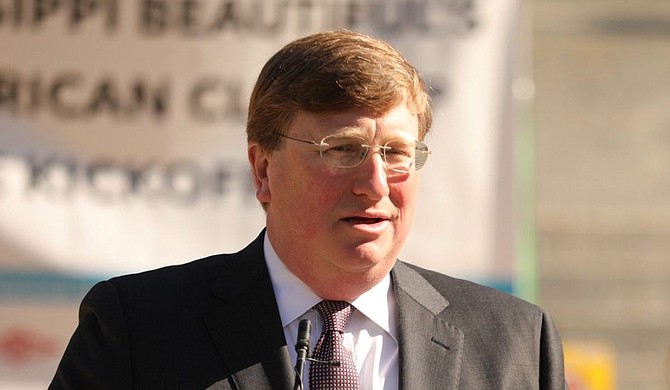 Mississippi Gov. Tate Reeves said Tuesday that he and legislative leaders are continuing to negotiate changes in a proposal to create a medical marijuana program, including putting tight limits on how much of the medicine one person could buy. Photo courtesy Tate Reeves

JACKSON, Miss. (AP) — Mississippi Gov. Tate Reeves said Tuesday that he and legislative leaders are continuing to negotiate changes in a proposal to create a medical marijuana program, including putting tight limits on how much of the medicine one person could buy.

The Republican said he still intends to call a special legislative session on the topic, but he does not know when.

Reeves said that he's “very interested” in Mississippi limiting medical marijuana’s content of TCH, the compound that produces a high.

House and Senate leaders want to enact a medical marijuana program to replace an initiative voters approved in November. State Supreme Court justices overturned the initiative in May when they ruled that Mississippi's initiative process is outdated and unworkable.

Legislators’ next regular session begins in January. The governor has the power to decide what topics they may consider during a special session.

Lt. Gov. Delbert Hosemann and House Speaker Philip Gunn, who are both Republican, said in late September that they want Reeves to set a special session soon because negotiators from the two chambers agreed on a medical marijuana proposal, and they believe they've lined up enough votes to pass it.

But the leaders of the state health and agriculture departments have said the proposal lacks a clear funding plan, leaving questions about how their agencies would pay for the licensing and regulatory roles.

The proposal would allow cities and counties to opt out of allowing the cultivation, processing or sale of medical marijuana, but it would also let local voters seek an election to reverse the decisions of those governing boards.

It also would set taxes, require that medical marijuana be grown only indoors and limit the amount of the drug that could be purchased each month by patients or their caregivers.