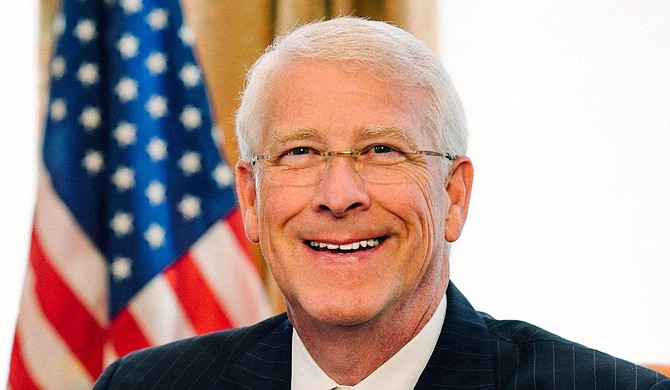 JACKSON, Miss. (AP) — The Mississippi School Boards Association is joining a handful of other states in breaking ties with the National School Board Association after the nonprofit sent a letter to President Joe Biden asking for federal support investigating harassment and threats of violence against school board members.

Mississippi School Boards’ leadership wrote this week in a letter explaining their decision that the National School Boards Association's “inflammatory language and the request for federal agencies to intervene in our communities, was just one in a series of lapses in governance."

So far, school board associations in Ohio, Montana, North Carolina, South Carolina, Wisconsin, Pennsylvania, Missouri and Illinois have similarly voted to distance themselves from the national organization.

Local school boards across the country have become political battlegrounds over issues such as COVID-19 mask rules, the treatment of transgender students and how to teach the history of racism and slavery in America, The Associated Press has reported.

The National School Boards Association said these disputes were also leading to harassment and threats of violence against school board members.

On Sept. 29, the NSBA sent a letter to President Joe Biden asking his administration to investigate these threats, which officials said “could be the equivalent to a form of domestic terrorism and hate crimes” that could be prosecuted under anti-terrorism and anti-hate crime statutes.

According to AP reporting, the NSBA’s letter documents more than 20 instances of threats, harassment, disruption and acts of intimidation in California, Florida, Georgia, New Jersey, Ohio and other states. It cites the September arrest of an Illinois man for aggravated battery and disorderly conduct for allegedly striking a school official at a meeting.

The letter received backlash from opponents like Mississippi Republican U.S. Sen. Roger Wicker, who said in a statement that the Biden administration and the National School Boards Association are attempting to use “silence dissent."

The National School Boards Association has said it is not trying to stop parents from expressing their First Amendment rights, only to stop dangerous and threatening acts.

On Thursday, Wicker released a statement applauding the Mississippi School Boards Association decision, saying the national group's statements should be met with “a forceful rebuke.”

“Parents have a basic right to shape the education of their children, and they are right to be upset by the divisive ideas and harmful policies being implemented in many classrooms across our country," Wicker said.

The Mississippi School Boards Association said it will continue to work closely with other state school boards associations and remains “hopeful that following this period of substantial tumult for NSBA, we will find a new national organization ready and able to serve all its member states effectively.”