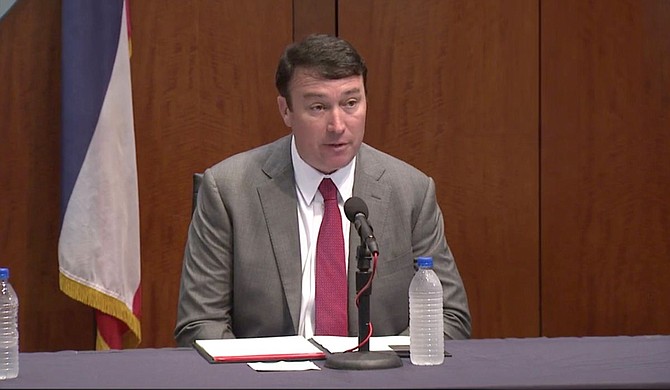 JACKSON, Miss. (AP) — The state of Mississippi has named its next chief medical examiner.

Turner joined the state medical examiner's office in January 2020 as the first full-time pathologist in south Mississippi at the start of what would become one of the deadliest years in state history. There were 578 homicides in Mississippi in 2020, a state of 3 million, compared with 440 in 2019 and 389 in 2018.

Pathologists were dealing with an increased workload at the same time as they were trying to whittle down a backlog of unfinished autopsy reports. Tindell said in September there were 1,600 pending reports, some dating back to 2015.

Turner gained a reputation with coroners and within the medical examiner's office as being dependable and timely with reports.

“She wraps reports up so fast, it’s almost making our head spin," Forrest County Coroner Butch Benedict said. “We finally got somebody that can communicate with us and help us out. We’re excited to have her down there. She's really doing a great job.”

She was was named interim chief medical examiner after the departure of former head, Dr. Mark Levaughn, this past January. Levaughn resigned after being placed on administrative leave for an undisclosed “personnel matter.” He had worked at State Medical Examiner’s office for around a decade.

Tindell did not say why Levaughn was put on leave. He has since been back at the medical examiner's office working part time, finishing up old reports and cases.

She will be one of three pathologists in the state conducting autopsies at the medical examiner's office. Currently, Turner and another doctor in Jackson are the only state of Mississippi employees performing autopsies. The state also uses private contractors to help with the workload.

Robison received her medical degree from Ludwig Maximilian University in Munich, Germany. She completed a postdoctoral research fellowship at the Johns Hopkins Department of Pathology in Baltimore. She completed pathology residency training at Henry Ford Hospital in Detroit, and forensic pathology training at the University of Michigan in Ann Arbor, Michigan.

Kristy Simmons is serving in the director role. Simmons has served with the state medical examiner’s office for more than 15 years as a chief pathology technician, administrator and investigator.