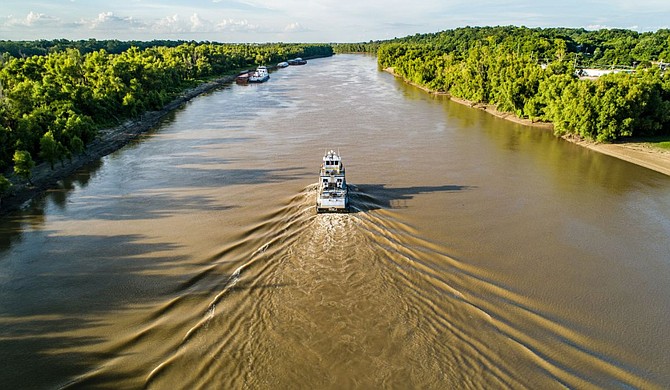 The U.S. Environmental Protection Agency said Wednesday it has overturned the approval of a massive flood-control project in the south Mississippi Delta that officials said was erroneously greenlit in the final days of the Trump administration. Photo courtesy Justin Wilkens on Unsplash

JACKSON, Miss. (AP) — The U.S. Environmental Protection Agency said Wednesday it has overturned the approval of a massive flood-control project in the south Mississippi Delta that officials said was erroneously greenlit in the final days of the Trump administration.

In a letter to the Army for Civil Works, EPA officials said the past administration's November 2020 decision to approve the Yazoo Pumps Project was in violation of the Clean Water Act and “failed to reflect the recommendations from the career scientists and technical staff.”

Radhika Fox, assistant administrator for the office of water at the EPA, said the federal government is concerned about the serious impacts from flooding on people and the economy of the lower Mississippi Delta. But she said she wants to work with the Corps and others to find "a path forward that addresses flooding concerns in an environmentally protective manner.”

The decision was cheered by conservation groups — American Rivers, National Audubon Society, Sierra Club and Healthy Gulf — which had sued the EPA, the U.S. Army Corps of Engineers and the U.S. Fish and Wildlife Service earlier this year over the construction of pumps in the Yazoo Backwater area north of Vicksburg.

Stu Gillespie, an attorney for Earthjustice, the environmental law firm representing the conservation groups, said the decision is “a powerful affirmation that science and law, not politics, ultimately prevail.”

U.S. Sen. Cindy Hyde-Smith said in a statement that it was an "absolutely terrible day for the people who live in the Mississippi Delta and an even sadder day for the country when an agency like the EPA refuses to do the right thing for the people."

“This EPA action is an abuse of discretion and couldn’t be more arbitrary or capricious," she said. “It also opens the door to a host of legal questions that should, and will likely, be challenged.”

U.S. Sen. Roger Wicker said he was “deeply frustrated" by the decision and said it would “leave the people of the South Mississippi Delta in harm’s way.”

He said the vast majority of the people who would be impacted by the project are Black, adding, “it amounts to an environmental injustice.”

Farmers and environmentalists have been arguing for decades over proposals for flood-control projects in the south Delta.

The flatlands between the Mississippi and Yazoo rivers are dominated by agriculture and dotted with small communities. The area has flooded nine of the past 10 years. Among those floods was a deluge in 2019 lasted several months.

The Yazoo Pumps project would have involved the construction of a 14,000 cubic-feet-per-second pumping plant in the Yazoo Backwater Area to drain water, primarily from low-lying agricultural lands, during floods.

It was approved by the Corps in January. Wednesday's decision was a reversal of that approval.

Supporters of the project said the current proposal was significantly different than the one the EPA previously vetoed, because the pumps would be in a different location miles (kilometers) away from the originally planned site. The current proposal calls for pumps near Deer Creek north of Vicksburg.

However, conservation groups said that the project has not changed significantly from what was proposed in 2008. They say it still includes the same 14,000 cubic feet-per-second pumping plant, affecting the same wetlands as the project originally proposed.