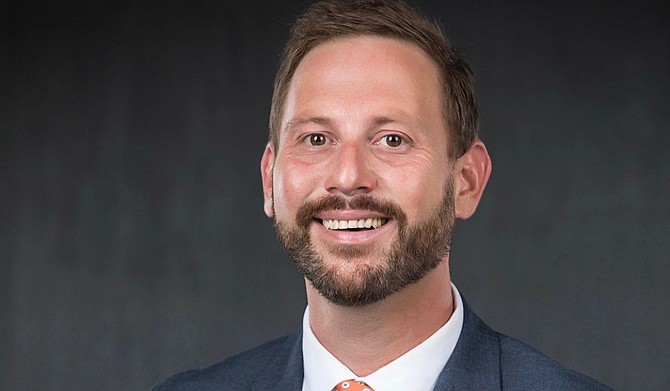 Department of Public Safety spokesperson Chris Vignes sent a statement to the Sun Herald, saying Raymond's memo about a policy change was not authorized by Public Safety Commissioner Sean Tindell and was sent without Tindell's knowledge. Photo courtesy MSDPS

GULFPORT, Miss. (AP) — The Mississippi Department of Public Safety has abruptly rescinded a policy that would have simplified the process for people to change their gender listing on their driver's license or state-issued identification card.

The Sun Herald reported Thursday the department reversed course only days after Kevin Raymond, director of the department's Driver Service Bureau, issued a memo that said people could change their gender designation on a driver's license or ID from male to female or female to male by filling out a form and having it signed by a health care provider or social service provider.

The change would have erased the requirement for an amended birth certificate.

The newspaper first reported on the state's simplified policy Tuesday. But by Wednesday, some transgender people said they found out the new form was not being accepted.

Department of Public Safety spokesperson Chris Vignes sent a statement to the Sun Herald, saying Raymond's memo about a policy change was not authorized by Public Safety Commissioner Sean Tindell and was sent without Tindell's knowledge. Because of that, Vignes said the new forms for changing a gender designation “are no longer being utilized.”

“It is my understanding that there is still pending litigation, so we cannot offer any additional comments at this time,” Vignes said.

Vignes declined to say when Raymond’s memo was rescinded and whether the department will reissue the form. He also did not explain how Tindell could not have known about the form and memo, which were issued after a lawsuit that named Tindell as a defendant. Both documents were endorsed by at least one member of Tindell’s top leadership team and a Department of Public Safety attorney.

Mississippi law specifies that the commissioner of public safety may set “reasonable rules and regulations” about driver’s licenses.

Ashley Williams, who is transgender, said she went to a driver's license bureau in northern Mississippi on Wednesday with her completed form to change the gender listing on her license. Williams said she waited two hours before receiving a call from a regional higher-up who told her that “legal” had rescinded the form.

“I missed a few hours of work today to do this,” Williams told the Sun Herald. “I sat there for hours. ... Everyone was as nice as they could be to me about it. I’m just upset with the system.”

Raymond’s memo followed a lawsuit filed Oct. 21 by Alexandra Dogwood, a transgender woman who was denied a license transfer in Hattiesburg because the gender marker on her Missouri license differed from that on her birth certificate.

The Sun Herald listened to a recording of a phone call last Friday between Dogwood, her attorney Matthew Lawrence, and Deputy Commissioner of Operations Keith Davis, who was hired by Tindell and is a member of his six-person leadership team.

Davis said he believed Dogwood had been the first person to file a legal complaint over the issue.

“Because of this case, as of yesterday, we have changed our policy,” Davis said.

Department of Public Safety attorney Eric Brown also participated on the call. He said Raymond’s memo had been “sent out to everybody” and that the state was “adopting a policy that other states already have in place.”