University Students Denounce Use of Nazi Symbols at Protest 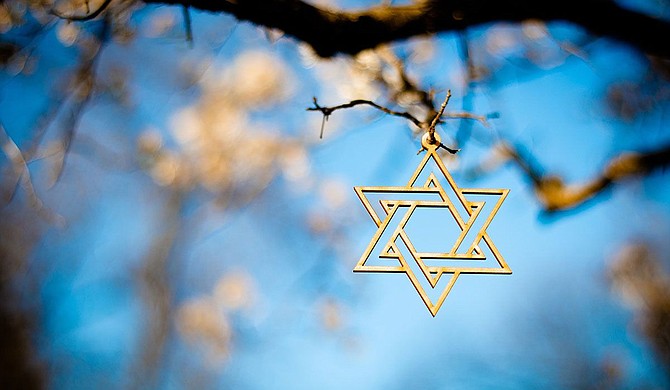 Daniel said the Jewish population at Mississippi State, although small, is active and vibrant. He said anti-Semitism is rare on campus, and his organization feels supported by the community. Photo by David Holifield on Unsplash

JACKSON, Miss. (AP) — Tyler Daniel says he felt shock and horror when he saw a poster that had the Mississippi State University president's face defaced with an Adolf Hitler mustache, a swastika scrawled in the upper corner.

Another sign on the Starkville campus Tuesday read, “Heil State," the “s” replaced with a swastika. “Hail State” is fight song and athletic rallying cry for the public institution with about 23,000 students.

“We didn’t know what those symbols were there to represent," Daniel, president of the campus Jewish students' organization Hillel, told The Associated Press on Friday. “We didn't know why they were there — if there was any danger. It was very scary to us.”

The 24-year-old Ph.D. student said he found out the signs were part of a protest against a policy mandating COVID-19 vaccinations for university faculty and staff.

The board that governs Mississippi's public universities voted Monday to require that most employees be vaccinated against COVID-19, after an executive order from President Joe Biden mandating vaccination for employees of companies or institutions with federal contracts. Other universities around the U.S. are making similar decisions.

Although about 75% of Mississippi State employees were already vaccinated, the news was not welcomed by some unvaccinated workers.

Daniel said he spoke to the protester who held the sign with the defaced photo of Mississippi State President Mark Keenum. He said the man told him a vaccine mandate is akin to Nazism. Daniel said he explained why it was offensive and frightening to students, and they were able to come to a place of understanding.

“It’s just so important to have patience, and have understanding, be strong, and condemn things that are wrong,” Daniel said. “When you’re approached by those who did the wrong thing, you have to take the time to talk to them and help explain to them why what they did was wrong.”

Daniel and other Hillel board members released a statement saying COVID-19 safety requirements are “not at all akin to the horrors of Nazism, and those horrors must not be belittled in this way.”

“To those who posted the signs, we encourage you to familiarize yourself with the egregiousness of the Holocaust in order to understand why the inclusion of Nazi imagery is unreservedly inappropriate in your political messaging,” it read.

Daniel said the Jewish population at Mississippi State, although small, is active and vibrant. He said anti-Semitism is rare on campus, and his organization feels supported by the community.

Mississippi State spokesman Sid Salter told the AP that about 30 to 35 protesters took to Drill Field, a green space in the center of campus, on Tuesday. He said school officials believe participants were a mix of Mississippi State employees, outsiders and students.

Most of the signs did not reference Nazism. The sign with the Keenum photo was being held by a member of the crowd, Daniel said. A few others were strewn around Research Park, home to several research institutions.

Mississippi State Department of Forestry research associate Mark Murphy, who did not use Nazi symbols during the protest, said he apologized to Daniel.

"We had no control over who attended or who made what sign," Murphy wrote in an email. "That was and is not our message. We are against this unconstitutional mandate and nothing else."

Salter said the university does not interfere with people exercising free speech on campus, “even if the free speech is sometimes offensive.”

The response from Keenum was swift and clear.

“I condemn the use of these images in that setting — in any setting — on the MSU campus or anywhere,” Keenum wrote in a letter to Hillel. “There is no place for such egregious displays.”