Neurosurgeon Tapped for Spot on State Health Board 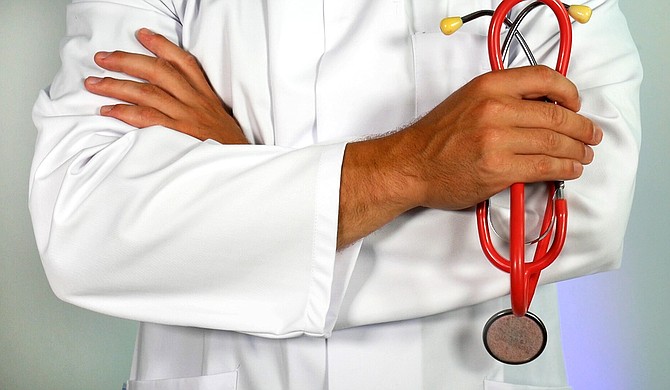 Neurosurgeon Dr. John Daniel Davis IV has been nominated by Gov. Tate Reeves to serve on a board that governs public health in the state, Department of Health officials announced Tuesday. Photo courtesy Online Marketing on Unsplash

JACKSON, Miss. (AP) — Neurosurgeon Dr. John Daniel Davis IV has been nominated by Gov. Tate Reeves to serve on a board that governs public health in the state, Department of Health officials announced Tuesday.

Davis, of Flowood, was nominated to complete the six-year term of Dr. Ed D. “Tad” Barham on the Mississippi State Board of Health. Barham died earlier this year of coronavirus complications.

Davis is a graduate of both the Johns Hopkins University School of Medicine and School of Public Health. He currently works as a neurosurgeon at NewSouth NeuroSpine in Flowood.

“It is truly a special opportunity and unique honor to serve on this Board,” he said in a statement Tuesday. “I am committed to sound, science-based policy with efficient execution, and I look forward to addressing important matters that impact the health and lives of Mississippians.”

Before Davis officially joins the board, he must first be confirmed by the Mississippi state Senate.

He is a currently an active member of the American Association of Neurological Surgeons' Washington Committee and the Mississippi Workers Compensation Commission Advisory Council, and he serves as a World Neurosurgery registered peer reviewer. He previously served as the Southeast Regional Director on the American Association of Neurological Surgeons' board of directors, chief of medical staff at River Oaks Hospital, and president of the Mississippi Neurological Society.