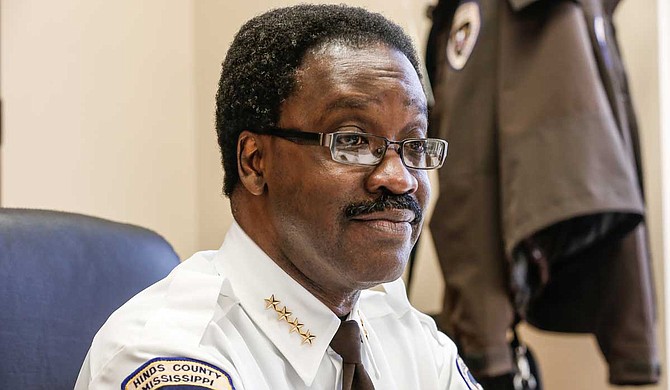 JACKSON, Miss. (AP) — A former sheriff and longtime police officer in Mississippi has died of cancer.

In a statement on Twitter, the Hinds County Sheriff's Office acknowledged the passing Friday of former Sheriff Victor Mason, who had been fighting prostate cancer. He was 64.

“We are deeply saddened to hear of the recent passing of former Hinds County Sheriff Victor Mason. Our prayers and condolences are extended to his family and friends during this difficult time. May you all have peace and understanding. We are thankful for his service,” the sheriff's office said.

Mason, who played drums in a local funk band, was also a veteran police officer with the Jackson Police Department before serving as sheriff from 2016-2020, news outlets reported.

Amid his cancer diagnoses, Mason became an advocate, urging men to get regular prostate exams.

“I wouldn't wish this pain on my worst enemy, cause it was excruciating,” Mason said in a 2018 interview. “All you want is to sleep if you can. All you want is a pain pill.”

Mason faced at least three sexual harassment suits during his tenure as sheriff, two of which were settled out of court in early 2019. That same year, Hinds County Sheriff Lee Vance beat Mason in his re-election bid for the sheriff's post. Vance offered condolences to Mason's family and friends.

"I have known Vic since we were both students at Jackson State University in the 1970′s. He was a talented musician then who went on to be a very talented law enforcement officer and administrator. He will be sorely missed,” Vance said.