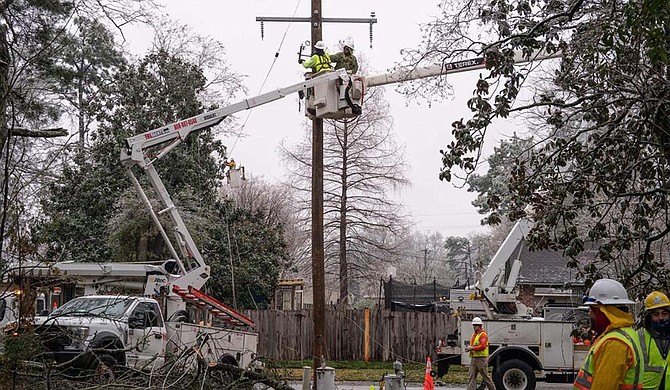 The storms left much of Mississippi coated by ice and snow. Machinery froze in water treatment plants in Jackson, and many aging water pipes also burst. Photo courtesy Entergy

A White House news release said federal money is available to state, tribal and eligible local governments and some private nonprofit organizations, and those entities must also pay part of the cost for emergency work and repair or replacement of facilities damaged by the Feb. 11-19 storms.

The Mississippi Band of Choctaw Indians is also covered by the disaster declaration.

The storms left much of Mississippi coated by ice and snow. Machinery froze in water treatment plants in Jackson, and many aging water pipes also burst. That left much of the capital city without running water for weeks, and the entire city of 161,000 residents remained under a boil-water notice for a month.