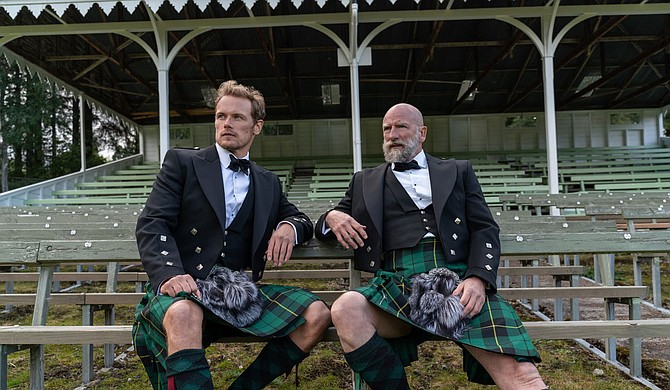 After a year of social distancing, STARZ' newest reality show, "Men in Kilts: A Roadtrip with Sam and Graham," allows viewers to see more of the world without ever expanding their quarantine bubble by following along as the duo travels through the Scottish Highlands in a refurbished Airstream to sample the delights of the region.

Fans of "Outlander," STARZ' popular adaptation of Diana Gabaldon's time-travelling novels, will recognize the show's hosts: Sam Heughan plays the irascible (and, let's face it, irresistible) Jamie Fraser, while Graham McTavish stars as his onscreen, crotchety uncle, Dougal Mac-Kenzie. Both actors are native Scotsmen, and while they still call the nation home, Heughan and McTavish manage to look at Scotland with fresh eyes.

This effect is largely made possible through the show's focus on Scottish history, with episodes featuring topics such as bagpiping, retellings of supernatural Scottish tales and the throwing of the "Highland Games hammer."

Heughan and McTavish aren't content to sit on the sidelines and observe their homeland's traditions, however, giving rise to much of the show's lighthearted appeal: watching the men attempt to participate in these practices.

Although I initially feared a show filled with mockery at now-outdated traditions, "Men in Kilts" left me pleasantly surprised, as Heughan and McTavish are eternally good sports, sampling haggis (albeit with wrinkled noses) and standing inside a supposedly haunted prison used during the nation's religious conflicts.

The men clearly respected the historians and craftspeople tasked with exposing them to Scottish culture, asking questions and eagerly trying their hand at whatever task is presented to them.

In some episodes, Heughan and McTavish relied on their onscreen experience to aid them in their modern-day quest to tour Scotland. During a segment focused on Gaelic, Scotland's original language, the showrunners showed clips from "Outlander" of the men speaking in the ancient tongue. In another episode centered on the country's native flora and fauna, clips depicted the pair's respective characters using 18th-century herbal remedies to heal the wounds they received during the battles displayed in the Emmy-nominated series.

While having seen "Outlander" probably enhances the viewing experience for "Men in Kilts," the fictional drama certainly isn't a prerequisite for understanding or enjoying the reality show. After all, I've only seen the first two seasons of "Outlander," and I was able to easily follow this nonfiction series' storyline.

Outside of its relationship to "Outlander," the show still ticks a variety of boxes for travel enthusiasts who have found themselves stuck inside: It features "off-the-beaten-path" locations that tourists may not necessarily know to visit on their own, such as a sheep-shearing farm, a 300-year-old tailor shop that makes bespoke suits and the granary for a whiskey distillery. Heughan and McTavish also skip out on popular hotels and hostels, instead sleeping on bunks in the back of their Airstream, and the twosome also take the  vehicle off the main highways and byways, as they are often seen travelling on one-lane roads nestled amidst Scotland's green highland forests and farmlands.

Since the two actors did spend so much time in close quarters while filming "Men in Kilts," their almost brotherly antics provide another layer to the show, adding a sprinkling of humor to a largely education- and travel-centric program. For example, when Heughan and McTavish visit the location of the Scottish witch trials, Heughan helps the guide place McTavish into a set of shackles, and when Heughan loses a bet, McTavish insists that he run naked into the cold Atlantic Ocean. 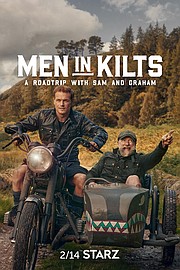 "Men in Kilts" doesn't pull any punches, though—each 30-minute episode is packed with information, presenting four or five vignettes centered around the episode's theme before ending with Sam Heughan and Graham McTavish toasting another day on the Scottish isle with a dram of the nation's drink of choice: whiskey.

The season finale of "Men in Kilts" is slated to premiere on STARZ on Sunday, April 11, and all previously aired episodes are available to watch on the streaming service, which is available as an add-on for both Hulu and Amazon Prime.