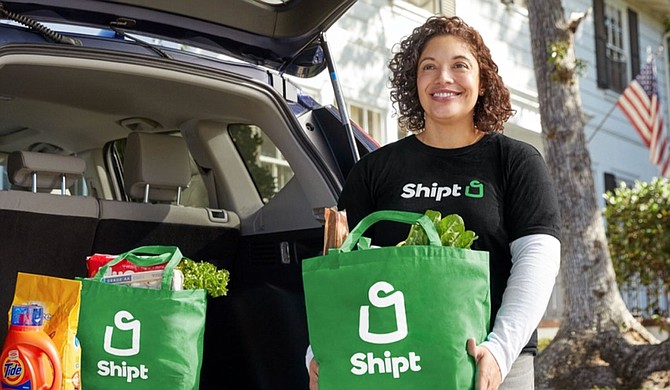 Mississippi would join a majority of states in allowing home delivery of alcohol, if Republican Gov. Tate Reeves signs a bill that legislators are sending him. Photo courtesy Shipt

JACKSON, Miss. (AP) — Mississippi would join a majority of states in allowing home delivery of alcohol, if Republican Gov. Tate Reeves signs a bill that legislators are sending him.

The House and Senate agreed Sunday on the final version of House Bill 1135. It would allow home delivery of beer, wine or hard liquor. Delivery people must be at least 21, and buyers must prove they are at least that old.

The bill would not open the door for deliveries of wine or other spirits from out of state. It specifies that licensed package stores in Mississippi may deliver within 30 miles (48.3 kilometers) of their site. It also says no deliveries could be made to places where alcohol sales have not been authorized, or during hours when alcohol sales are prohibited.

Among those backing the proposal for alcohol delivery is the grocery delivery service Shipt.

Reeves spokeswoman Bailey Martin said Monday that the governor will evaluate the bill once it reaches his desk. If he signs it, the bill would become law July 1.