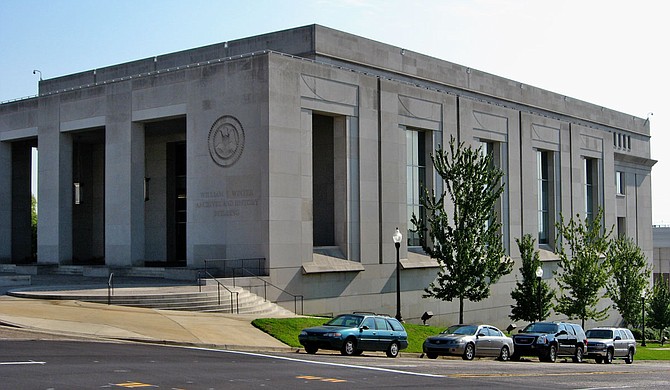 The Mississippi Senate has confirmed three people to serve on the nine-member governing board for the state Department of Archives and History. Photo courtesy Ken Lund

JACKSON, Miss. (AP) — The Mississippi Senate has confirmed three people to serve on the nine-member governing board for the state Department of Archives and History.

Those confirmed on 50-0 votes Wednesday are Nancy Rea Luke Carpenter of Columbus, Spence Flatgard of Ridgeland, Edmond Earl Hughes Jr. of Ocean Springs. The six-year term for each expires Jan. 1, 2026.

The Archives and History Board of Trustees was established in 1902. Its members have always nominated their own successors and those nominees have been confirmed by the state Senate.

The House last week killed Senate Bill 2727, which would have changed the nomination process. The bill said the Archives and History board could recommend nominees, but the governor or lieutenant governor could ignore those recommendations and nominate any person they want. The nominees would still have needed Senate confirmation.

The proposal was pushed by Senate leaders, who argued that Archives and History board members would be more accountable to the public if they were nominated by elected officials. But the plan was broadly condemned by historians who said the change could politicize the way Mississippi examines its own legacy.

Among other duties, the Department of Archives and History operates the side-by-side Mississippi Civil Rights Museum and Museum of Mississippi History that both opened in late 2017. The civil rights museum, in particular, has been praised for an unflinching presentation of the state’s violent history.

The department in 2020 also worked with a commission that designed a new Mississippi flag after legislators retired the last state flag in the U.S. that included the Confederate battle emblem.