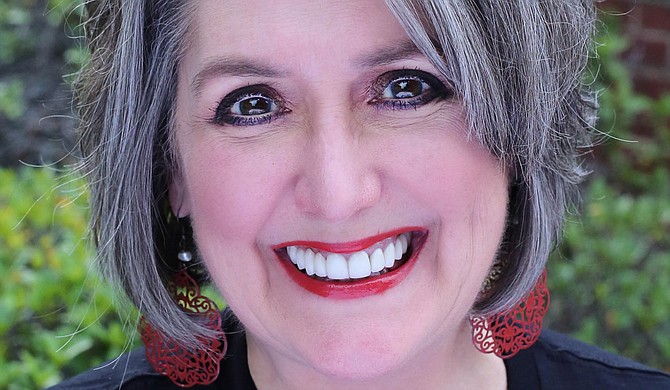 Effectively, music is all Carol Joy Sparkman has ever known. Sparkman grew up in Yazoo City, Miss., with parents who were both musicians. She attended First Baptist Church of Yazoo City where her father was a pastor. By the time she was 2 years old, she began picking out songs, and she began playing piano at the age of 5.

Sparkman currently teaches two general music studies classes at Clinton High School, where she also directs four choirs and two pop acapella groups. Recently, she became a musical director at New Stage Theatre in Jackson. “Everything that I’ve done has prepared me for the next stage. It’s all about learning to do something new,” Sparkman says.

After graduating from Yazoo City High School in 1976, she went on to earn her Bachelor of Music Education degree from Mississippi College in 1981 and later received her master’s degree in vocal coaching and Accompanying in 1987 from the same institution.

“At MC, I’ve accompanied choirs, taught classes, and I’ve been able to observe. I really took mental notes on how to work with a choir. No matter how small or big, you’re being prepared for something you may not know about,” Sparkman says.

In her years, Sparkman has spent a great deal of time traveling, often with friends—visiting places such as Italy and South Africa. “My dad was happy that I was getting to travel. He wanted me to have the same advantages he did,” she says.

Sparkman and her friends decided to start their travels with the International Partnership for Choral Music Education in South Africa, where she began teaching people how to work in the choral classroom. She loves the work, and she has incorporated lessons from the places she has explored into her music-education career. “I get to be in a professional arts environment from all over the country,” she says.

Experiencing the stage of Carnegie Hall and taking chances on the various other musical wonders the world offers has cultivated her repertoire of knowledge on music, and she shares that joy with both her students at Clinton High School and New Stage Theatre. “I needed to be able to do what I want with the support that I need, and that the program needs,” she says.

Sparkman, 62, spends each day in class or rehearsal passing her passion for music on to her students. “Some students come into class and they have never been in a choir. I help them to love music of all kinds. When they leave high school, they want to continue to sing, learn, or teach music,” she says. “I get to make music of all kinds during my day. It’s important to measure your life,” she says.

Her new position as a musical director at New Stage Theatre serves as an outlet to allow her to attend musicals and concerts, furthering her love of music. However, with the COVID-19 pandemic still in place, New Stage Theatre has been presenting performances virtually with the actors in separate spaces through Zoom.

To learn more information about the programs and classes that New Stage offers, visit newstagetheatre.com.