Mississippi County to Put Up Marker for Lynching Victims 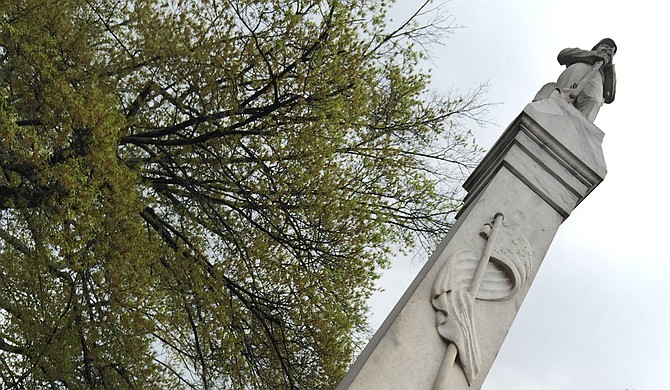 A Mississippi county will put up a marker to remember Black men who were lynched by white mobs between 1885 and 1935. It will be near a statue that honors Confederate soldiers. Photo by Donna Ladd

OXFORD, Miss. (AP) — A Mississippi county will put up a marker to remember Black men who were lynched by white mobs between 1885 and 1935. It will be near a statue that honors Confederate soldiers.

Lafayette County supervisors voted unanimously Tuesday to approve the memorial for seven Black men known to have been lynched in in the county during the 50-year span.

The vote originally was scheduled for December, but it was delayed because one supervisor, David Rikard, said he did not want to memorialize a man who was accused of killing a white woman in 1908.

The metal sign will go outside the county courthouse on the Square in Oxford, near a marble statue of a Confederate soldier that was put up in 1907.

Calls to remove the Confederate monument have intensified in recent months amid the national discussion over racial injustice, but the all-white Board of Supervisors has said the soldier statue will remain.

Many lynching victims in the U.S. were Black people who were accused — sometimes falsely — of committing a violent crime.

Patton never went to trial because a white mob seized him from the Lafayette County Jail and lynched him. Patton was sometimes called Nelse Patton in documents. According to the New York Times’ 1908 account of the lynching, W.V. Sullivan, a former U.S. senator from Mississippi, led the lynch mob.

The group that got approval to put the marker on the courthouse lawn is the Lynching Memorialization in Lafayette County Committee, which has worked with the Equal Justice Initiative, a legal aid organization seeking to reshape the narrative around lynchings and acts of racial terror.