Privilege and the High Cost of Being a ‘Fortunate One’ | Jackson Free Press | Jackson, MS

Privilege and the High Cost of Being a ‘Fortunate One’ 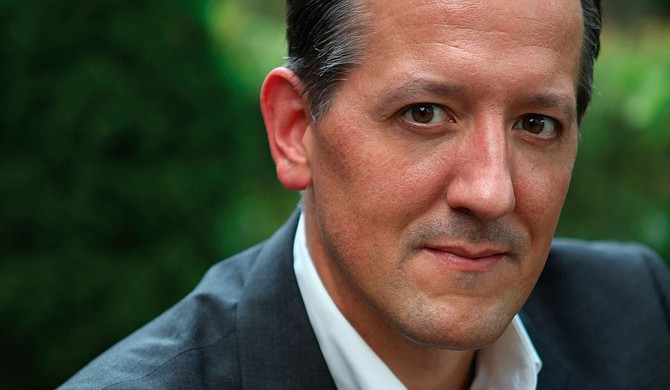 In a narrative that smacks of privilege while also reckoning with its insidiousness, Ed Tarkington spins a southern yarn about manhood, family and desire in his latest book, "The Fortunate Ones."

The novel begins abruptly—Charlie Boykin is delivering the news of a fallen comrade to a heartbroken family when a news story stops him in his tracks: Arch Creigh, an affluent young politician, has committed suicide. While the entire group is horrified at such a revelation, the narrator's alarm is personal, and he tells the family that he once knew the deceased.

His relationship with Arch is the axis upon which "The Fortunate Ones" pivots, as the narrator rewinds his tale to its beginnings at a private, all-boys school in Nashville, and it soon becomes apparent that Charlie more than knew Arch Creigh. Arch was his assigned mentor at school, and the boys' bond deepened, with public professions of brotherhood and private confessions of desire.

This magnetism between Charlie, who grew up in near poverty in east Nashville, and Arch, who had known money and its pursuant privileges all his life, is the strongest feature of the novel, although its "moth to a flame" nature is evident from the outset. Charlie and Arch compete for the affections of a young woman who trusts Charlie with her secrets but Arch with her future, and the boys vye for the attentions of the adults of the novel, who are mired in scandals of their own doing (and undoing, to be sure).

Although the relationship between the two could certainly be classified as toxic, it also compels the reader, and the intrigue intensifies as the novel depicts the reflections of the now-grown Charlie interspersed throughout his own coming-of-age story.

The authorial decision to have an adult narrate a book that's largely about the antics of teenagers does eventually and unfortunately lend itself to the weakness of the novel, which I found to be the dialogue of the teenage protagonists.

Although an elevated vernacular is certainly expected for a group of wealthy Nashville teenagers, it comes across in many sections of the novel as stilted, with the adolescent characters sounding more like the elite adults they would become by the end of the novel and  making decisions that seem far more socially aware than is entirely believable.

This backward-storytelling does, however, allow Charlie to recognize his own selfishness, and while we see him edge toward growth and progress throughout the novel, "The Fortunate Ones" is not a moral tale. Charlie, though he is raised more humbly than his privileged peers, is as utilitarian as they are, taking advantage of the wealth around him to forge opportunities and relationships that he might not otherwise have.

He even does this at the expense of his first friend, Terrence, a Black boy whose grandmother helped raise Charlie before his mother elevated their social status by finding work in a very different world than the one in which she had previously raised her son. Terrence believes in the best of Charlie—in the Charlie he first knew—and the novel finds its greatest victory when Charlie eventually recognizes this potential. He confronts the racism and the privilege he had once been so steeped in and comes to see the political machinations that work to oppress his friend and the ways that he himself had been complicit in those machinations.

The glimmers of this more receptive Charlie  sustained both Terrence and me as a reader, as I found myself rooting for a character that made deeply flawed decisions while still seeming like a deeply human (and indeed, humane) person.

Despite Charlie's ability to win me over, I was not entirely convinced by Tarkington's portrayal of southern life—or perhaps the ritzy picture of life in Nashville simply did not ring true for me, a woman raised in a small town where many lived below the poverty line. I was, however, convinced by his portrayal of southern relationships, as I keenly recognized longing swathed in politeness, in feigned ignorance to spare another's feelings, in loyalty to the point that outsiders would consider senseless.

Therefore, for a southern reader, everyone in the novel behaves unforgivably but not inexplicably. Private pains lead to public decisions to choose, over and over again, to remain one of "the fortunate ones," proving the aptness of the novel's title.

Those interested in Tarkington's novel can tune in to a live chat with the author through Lemuria Books' Facebook page on Tuesday, Jan. 12, at noon, and hardcover, first-edition copies of the book are available for purchase at Lemuria.