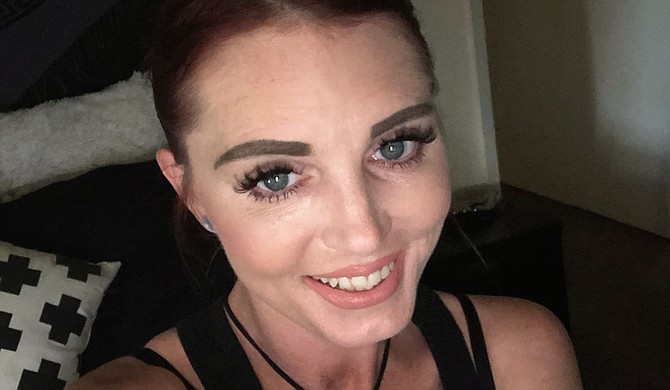 After spending her early life in Raleigh, Miss., an hour southeast of the state’s capital, Sheena Johnson packed her bags at the age of 18 and headed for New Orleans. Johnson’s life changed in two very important ways during her time in the Crescent City: She began working as a bartender and she became a mother.

“I’ve been bartending a very long time,” Johnson reflects. “I’m a people person, and I always thought making drinks was so cool.” Despite her love for the city that introduced her to mixology, she eventually decided that it was more practical to pursue her dreams in close proximity to her parents. Her mother now lives in Philadelphia, Miss., but after being immersed in the hustle and bustle of the “Paris of the South,” Johnson says she couldn’t quite bring herself to move to such a small town.

“I’m much more of a city person,” she says of her choice to live in Jackson. “I can’t live anywhere smaller than New Orleans. Jackson is still kind of small to me, but it’s very homey. The people are really nice.”

Johnson has experienced that Mississippi hospitality personally, as a friend helped her find work at Broadstreet Baking Company. After a few months at the Northside Drive staple, her friend had another idea to boost Johnson’s career trajectory: a night job at Bravo! Italian Restaurant and Bar. “For about six months, I would go in at Broadstreet at about 5:30 a.m. I got off work at 3 (p.m.), and I had to be at Bravo! at 4:45 (p.m.),” Johnson says of the transition.

Eventually, the hours took too much of a toll on the bartender, and she went to work full-time at Bravo!, which she calls an “an amazing place to work.” When she isn’t serving drinks, Johnson has found a unique hobby to occupy her time: billiards.

“I started playing maybe two years ago,” she recalls. “I’m not perfect, but I know what I’m doing.” Johnson hones those skills by playing in an 8-ball league. The team, which consists of eight players who have dubbed themselves the “Last Minute,” frequently plays in tournaments, nearly winning a recent contest that would have taken them to a championship game in Las Vegas.

Johnson’s daughter Kaleigh, who is now 12, has taken an interest in her mother’s hobby. “We have a pool table at the house now, and my little girl wants to learn how to play, too. She’s so smart, so she’ll be better than me,” she says with a laugh.

Her daughter still lives in New Orleans, visiting Jackson to see her mother on the weekends, which contributes to Johnson’s homesickness for the city that holds so many memories. “I miss the food,” Johnson confesses. “And I’m a music person, so my first experience at VooDoo Fest was my most exciting time (in the city).” Her first time at the music festival was in 2008, when Lil Wayne and the Red Hot Chili Peppers headlined the event.

Johnson does try to bring New Orleans flair into her Jackson life, though, saying that her fashion aesthetic is “a little different than the whole Southern style,” calling her online and boutique clothing finds “boho-chic.”

The 34-year-old shares her eye for color and design with her daughter, too, as she notes that Kaleigh has been taking art lessons since third grade, creating clay figures of Disney villain Maleficent as a child before moving on to an interest in drawing and shading as an adolescent. “My favorite thing to do is hang out with her,” Johnson concludes.