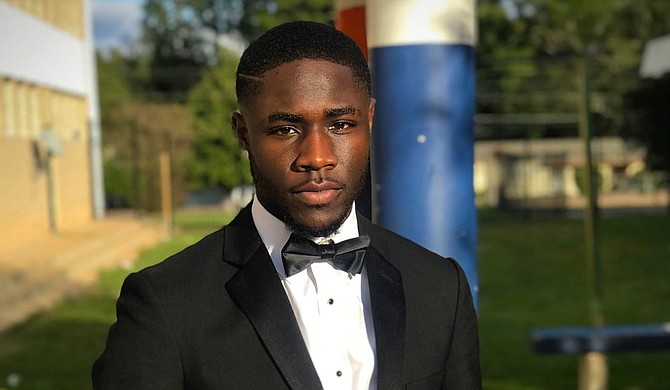 At 18 years old, Jackson native Cameron Yarber has held more leadership roles than many who are years older. He served as class president during his first three years at Callaway High School; earned the Mr. Callaway title during his senior year: spent three years leading the football team as its captain and playing linebacker and defensive end; and graduated as valedictorian of his graduating class in May.

While balancing his multiple positions may not have been easy, Yarber says, the recent graduate credits his accomplishments to his commitment to remain present in whatever moment he found himself.

“I made sure that when I was doing something for an organization, I was all-in at that moment for that organization,” Yarber says. “I did everything one step at a time.”

While sitting in math class or conducting duties in his role as Mr. Callaway, Yarber did not let his mind wander to thoughts of football, for example. Instead, he dedicated his time and efforts into tackling each of his activities head-on.

“You have to have good leadership skills and be able to lead by example as Mr. Callaway,” Yarber says.

Taking his role as class president seriously from the beginning, Yarber worked during his freshman year to enact change regarding a long-standing rule he believed to be unfair.

“I ran for ninth-grade president because I didn’t like some of the rules that they put on the ninth graders,” Yarber says. “The class president title was a way to get in with the administrators to bring about change.”

At Callaway, freshman students couldn’t talk to each other during lunch. Yarber and some of his classmates negotiated with their principal and succeeded in removing the statute.

Although his leadership roles allowed him to implement changes he and the students he represented wanted to see, Yarber’s favorite part of serving as class president, he says, were the connections he made along the way.

“Callaway was like a culture pot,” Yarber says. “You had people from all over, and I was a kid that wasn’t from the Callaway area, so by becoming class president I could lead these people and get to really know them on a personal level.”

Moving forward, Yarber aims to pursue a career in either finance or pharmacy and plans to return to Jackson and help his community. He has enrolled at Alcorn State University, where he will work toward a bachelor’s degree in business administration or biochemistry.