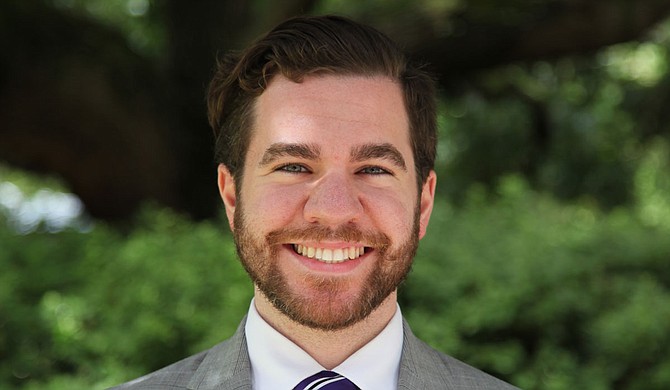 When Benjamin Luckett graduated from the University of Southern Mississippi in 2018, he returned to his hometown of Greenville, Miss. He soon realized, however, that he "wanted to explore the world a little bit," and he began searching for jobs in other areas of the state.

This search eventually led him to the metro area, as he  accepted a position as an admission counselor at Millsaps  College last year, despite not having gone there as a student.

"I could attest to what it's like walking around the campus at midnight at USM, but not at Millsaps," Luckett says of his new position. "(But) I've gotten the feel of campus by working closely with faculty and students. It's cliche to say, but I think I found a family here."

For his position, Luckett draws on his experiences at both Mississippi schools to help students as they navigate their college searches.

"I get to talk about the differences between a large state school and a smaller private school. (Being an admissions counselor) is all about painting the picture for someone," Luckett says.

His recruitment efforts are not limited to the Jackson area, as he also actively works to "paint that picture" and recruit students from the Mississippi Gulf Coast, the Mississippi Delta, the Louisiana North Shore and New Orleans. His travels have allowed him to experience the woes of painful traffic and the joy of delightful food alike, he says.

Once, as he prepared for a college fair in New Orleans, Luckett heard the sounds of jazz music permeating into his hotel room from the street outside. "That night has probably been my favorite experience so far," Luckett recalls.

As much as he loves the jazz influences of New Orleans, Luckett cites the Mississippi Delta as his favorite place to recruit students. "I left to see the world, but I love going back home. There's a nostalgia and an almost-mysticalness to it now," Luckett says.

When he isn't regaling students with the merits of Millsaps, Luckett enjoys working out, comparing finding a gym to finding a college. "I go to the gym every day or every other day. There's no perfect place, but there's a gym for everyone," he says. Luckett, a runner, found his own best fit at Planet Fitness. His passion for activity extends to the silver screen as well, as he cites "Fight Club" as his favorite movie.

For questions about Millsaps and the admissions process, email Luckett at [email protected].