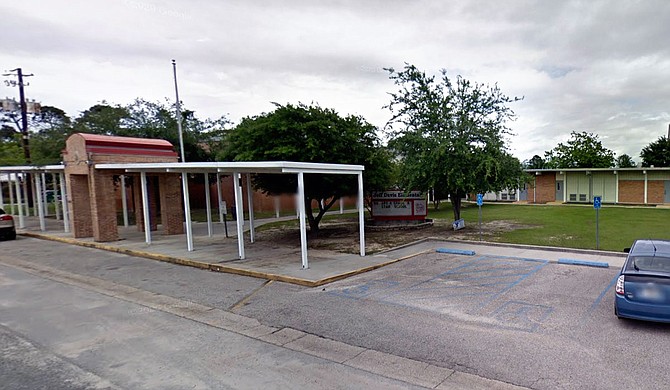 Confederate President Jefferson Davis's name will be removed from a school in the city where he his final years on the Mississippi Gulf Coast. Photo courtesy Google Maps

BILOXI, Miss. (AP) — Confederate President Jefferson Davis's name will be removed from a school in the city where he his final years on the Mississippi Gulf Coast.

The Biloxi School District announced Monday that it will rename Jeff Davis Elementary. The Sun Herald reported that the district is surveying staff and parents to come up with a new name.

Options will be presented to a renaming committee of staff, parents, and representatives of Keesler Air Force Base and the Biloxi community. District spokeswoman Jennifer Pyron said Superintendent Marcus Boudreaux hopes to finish the process by November.

“This is an opportunity to ensure that every student and staff member feels welcome in his or her school,” Biloxi School Board president Jim Wallis said in a statement.

Elsewhere in Mississippi, the name of another Confederate figure will be removed from a school. A committee is scheduled to meet Wednesday to narrow down the list of proposed new names for an elementary school in Jackson that is currently named for Confederate Gen. Robert E. Lee.

Jackson Public Schools officials said in 2017 that the district would remove the names of Confederate figures from schools. Lee Elementary will be named for a Black leader or activist. About 96% of the school's students are Black.

Davis was a U.S. senator from Mississippi before the Civil War. At the end of his life, he lived in a Biloxi home called Beauvoir, which now operates as a museum.

Jeff Davis Elementary in Biloxi was built from 1960 to 1961. Around the South, schools were often named to honor Confederate figures during the 1950s and 1960s, as a way of demonstrating opposition to the Supreme Court’s 1954 ruling in Brown v. Board of Education that segregated schools were unconstitutional.

The first Black students arrived at Jeff Davis Elementary in August 1964. A group of Black parents, led by civil rights leader Dr. Gilbert Mason, had won a victory at the 5th U.S. Circuit Court of Appeals that year, which required the district to desegregate “with all deliberate speed.”

Today, about 18% of Jeff Davis students are Black, according to the Mississippi Department of Education. About 11% are Hispanic or Latino, 56% are white and 9% are two or more races.