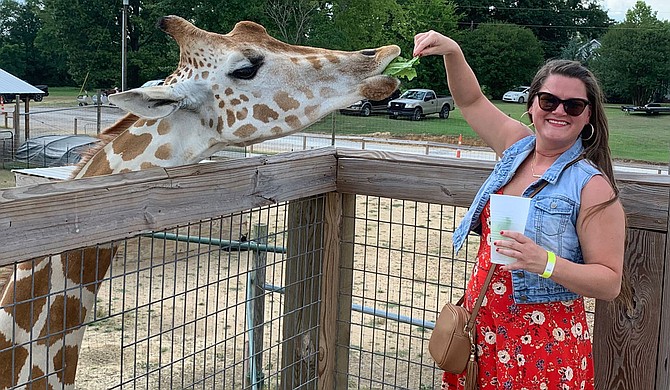 Brookhaven, Miss., native Alexis Smith grew up interested in learning about other peoples and cultures. Her grandmother traveled the world, and Smith continued this familial penchant for exploration by traversing the United States and much of Europe with her mother.

“Traveling domestically gave me an early realization of differences in culture and people. (I had) more incentive to learn (the destination’s) history. Going to a place that doesn’t speak the same language is going outside oneself,” she says.

Smith’s experience in connecting with others encouraged her to accompany a group of women who were visiting female inmates in the county jail when she was 16 years old. The primary purpose of their visit was social, to help counter any feelings of loneliness these women may experience during the drawn-out days and nights of incarceration.

Years later, Mississippi College founded the Prison-to-College Pipeline Program, which allows inmates to earn college credit and work toward degrees. Smith’s time visiting women’s prisons led her to elect to serve as one of the instructors helping inmates complete the courses needed for them to achieve their educational goals—a position she has held since 2016, when she took part in the pilot course at Central Mississippi Corrections in Pearl.

The program has since expanded and is available to both male and female students in correctional facilities throughout Mississippi.

“We would converse with female inmates (during my visits with the Brookhaven group) to hear their stories, advocate for them. I don’t know if it was the initial inspiration for what became the Prison-to-College program, but it could have been,” Smith says.

Smith, 29, received both her bachelor’s and master’s degrees in English literature from Mississippi College and is presently enmeshed in the doctorate program for the same field at the University of Southern Mississippi.

Her academic acumen emphasizes Smith’s stance that educational opportunity should be available to anyone who demonstrates a desire to learn and willingness to be instructed.

“I believe in what education can do for society,” she says.

Professors from around the area come to the facilities to teach and bring a classroom setting to spaces with limited or non-existent technological access, and present it at the same level of education a student would receive in a traditional college class, Smith says.

The program has already had a meaningful impact considering the brief history.

“I was talking to a woman who had been accepted to a university at the time she was arrested 16 years ago,” Smith says. “She was finally able to do what she wants educationally, and it changed her life for the better. It’s easy to become jaded in the system.”

“I hope what we’re doing can continue to grow to more locations and reach more students, bringing awareness to education in incarcerated spaces,” Smith says.