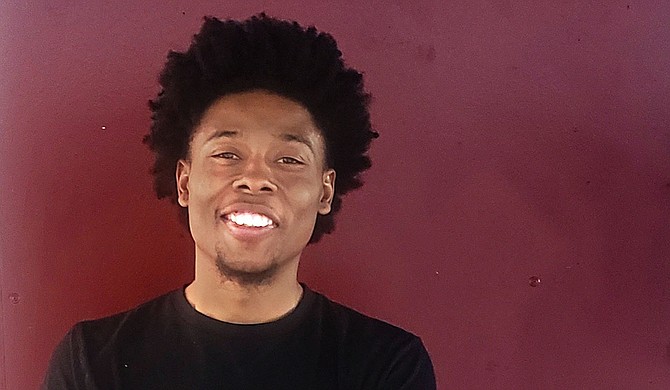 As a child, author Derick Wright filled journals and notebooks with stories. The voracious reader enjoyed allowing his imagination to create detailed fictional tales sparked from the many books that he read. As an adult, Wright wondered if he could still produce imaginative characters and storylines as he did in his youth, so he decided to write again. Since then, he has published six books over the last two years.

Wright completed and self-published his first book, "Life in Third Person," in February 2019. He followed it with four other fictional tales and an autobiography called "Burning Ash," which focuses on how he overcame childhood struggles to find success.

"A lot of times, we tend to blame our surroundings and our upbringing on who we become as adults," Wright says. "I wrote ('Burning Ash') to say there is somebody out here that has gone through these things, that grew up with nothing but was never led astray to a life of crime. It's about just persevering, being patient and waiting on your moment to come out and be on top."

Wright understands better than most how difficult that road can be. At age 22, he found himself bankrupt and homeless. He spent several nights sleeping in his car and more on a friend's couch. A year later, once he had a new job and home, he began reflecting on the generosity of those who had helped him get back on his feet, and he felt drawn to pay it forward in some way.

He founded Wright's Foundation for Better Communities, or WFBC, in 2018 to revitalize predominantly Black communities often viewed as "failing." Wright and the six-member board seek to create what he refers to as "postcode envy" by restoring area parks, helping neighborhoods add curb appeal to homes and churches, and providing necessities for area residents.

The group has completed more than a dozen projects in the west Jackson area, including the restoration of a park on Robinson Road for the John and Vera Perkins Foundation. WFBC also hosted an Easter dinner for the Opportunity Center where supporters were asked to donate their favorite cooked dishes, which volunteers served restaurant-style by volunteers to homeless Jacksonians.

All the proceeds from Wright's book sales are used to help fund WFBC. The organization also receives funding and donations from local individuals and businesses. Still, a large part of the cost for the programs comes directly from Wright who feels that the sacrifice is necessary for cultivating the Jackson he wants to see.

"I feel the more we show that we care and the more work we put in to make things more beautiful, the more it pushes negativity out," the social entrepreneur says.