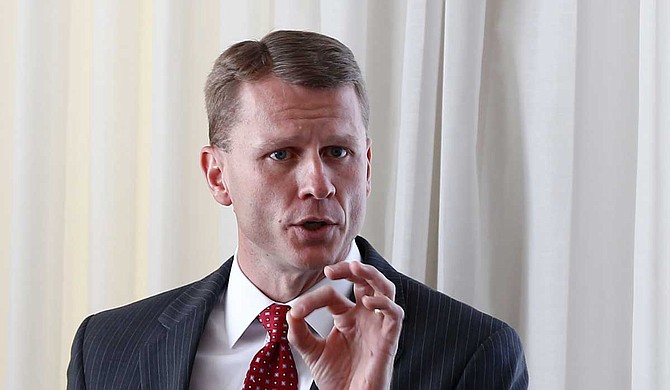 JACKSON, Miss. (AP) — A former top official at the Mississippi Department of Education and three contractors who worked with the agency are being accused by the federal government of stealing thousands of dollars from the state of Mississippi by manipulating the bidding process for contracts and inflating costs.

Neal has pleaded not guilty. Neal’s attorney, Lisa Ross of Jackson, urged people to wait for the legal process to play out before making judgments.

“These are just allegations and they are one-sided allegations from the government,” Ross said Thursday afternoon. “There’s more than one side of the story and people should keep an open mind. Let's follow the evidence where it leads us.”

Neal was arraigned on Aug. 19 and released on $10,000 bail. Hunt, Kyles and Martin will appear for arraignment Sept. 10 at the U.S. District Court in Jackson.

Authorities accuse Neal of splitting state contract requests into multiple, smaller contracts to avoid threshold amounts that would trigger a formal, competitive bidding process. When she needed to obtain vendor quotes for comparison, Neal would obtain false and inflated quotes to guarantee the award of the contract. Then, she and her co-conspirators would split the profit, officials said.

Hurst said Thursday that those who defraud the public’s trust need to answer for their wrongdoings in a court of law.

“Public corruption erodes faith in our democracy and decays the very soul of our form of government,” Hurst said.