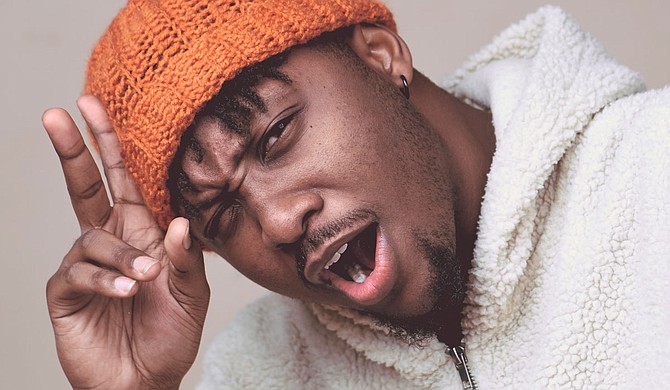 Ryan Garry, a local photographer and videographer who focuses on creating artistic and cinematic content, does not mind if he gets home from his studio at 1 a.m. some nights.

Growing up in north Jackson, Garry graduated from Murrah High School in 2017. Describing himself as both an athlete and a mathlete, the 22-year-old has earned a regional ranking in tennis while also maintaining an extensive interest in computers. He will finish earning his bachelor’s degree in computer engineering from Jackson State University in May 2021.

His interest in photography, however, stems from his family.

“My dad was one of those dads where at every little event he was going to be the one dad taking pictures,” Garry said.

Meanwhile, Garry’s older cousin, JoJo, was a film photographer, as well as “that one uncle that could predict every Super Bowl and always get it right,” Garry laughed.

Garry inherited JoJo’s camera bag, along with a new camera of his own, when he graduated from high school. While he accepts gigs to do birthday and graduation photoshoots, Garry said his passion lies in shooting high-quality music videos and taking pictures that tell stories.

A little over a year later, “7Hues Noir N’4,” a New York fashion and art magazine, hired Garry to create an eight-page spread for its October 2018 issue, his first big project. He said the creative freedom and placement of his work “blew my mind and my parents’ minds.” Around that time, Garry also opened his first studio, which he described as “a little hole in the wall off Terry Road.”

While the studio had only enough room for backdrops, the work Garry did there cultivated his talent until he opened up a warehouse on High Street in September 2019.

Although he said he finds inspiration in nearly everything, Garry said he gets the most inspiration from music.

“I’m very big on music, and my taste in music is very vast,” he said. He channels his enjoyment of music into the photography and videography work he curates for musicians, hoping to make their visual content as impactful as the music. As a member of the WolfPack collective of artists, Garry has filmed and edited several music videos for the rapper DevMaccc. In fall 2019, Garry worked as a production assistant on a music video for the rapper Big K.R.I.T., and worked on another video in New Orleans for the rapper and producer Tay Keith.

The COVID-19 pandemic slowed Garry’s momentum. “Of course, I was having bookings and stuff for other people,” he said, “but I did not know what I wanted to do for myself.”

Most nights, instead of sleeping, Garry studied and honed his videography skills until the sun came up. He said he is always thinking about a new angle for his craft, and is always learning something new. Though the long hours are taxing, Garry said he would rather be tired from hard work than be tired from doing nothing.

“I’m at a point now where I don’t care if I get a single like, retweet, any of that stuff,” Garry said, because he has figured out how he creates. “I don’t think that far ahead when it comes to long term goals. I just want to be financially stable enough to where I can have my own creative space and create with no boundaries.” To further the development of his craft, Garry plans to take a creative retreat to Colorado in the next six months. .

To learn more about Ryan Garry’s work or to reach out to him about prospective photo or video opportunities, visit imrig.work.