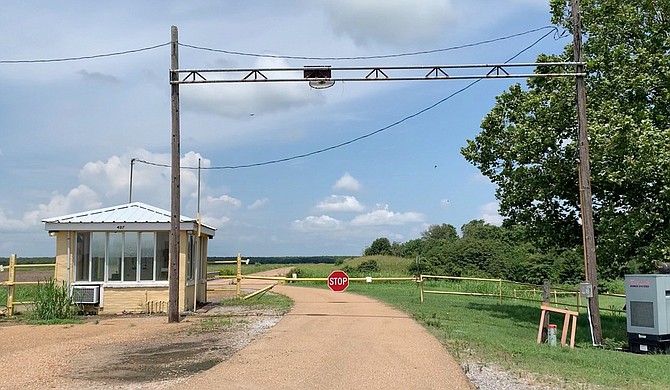 The Mississippi Department of Corrections said investigators are examining an apparent suicide by an inmate. Photo courtesy MDOC

JACKSON, Miss. (AP) — The Mississippi Department of Corrections said investigators are examining an apparent suicide by an inmate.

“We are taking particular interest in this case because mental health programs are among our top priorities in helping inmates,” Corrections Commissioner Burl Cain said in a news release Wednesday.

Eaton was transferred 16 times among eight Mississippi correctional facilities since 2015, the Department of Corrections said. He was serving four sentences in 13 years, mostly for drug convictions. In Lee County, he was convicted of nonresidential burglary and the sale and possession of methamphetamine, and was first sentenced in July 2015. Eaton was also convicted of possession of a controlled substance in March 2019 in Union County.

The Department of Corrections said in a separate news release Thursday that an inmate from Central Mississippi Correctional Facility died Wednesday at the Merit Health Central hospital in Jackson. An autopsy will be done on Shepard Havens, 78. He was sentenced to nine years for four counts of gratification of lust and one count of sexual battery in Hinds County on Nov. 19, 2012.

At least 90 inmates have died in Mississippi prisons since late December. Several inmates died during outbursts of violence in late December and early January. The U.S. Justice Department announced in February that it is investigating the state’s prison system.