Obama Endorses Espy in US Senate Contest in Mississippi 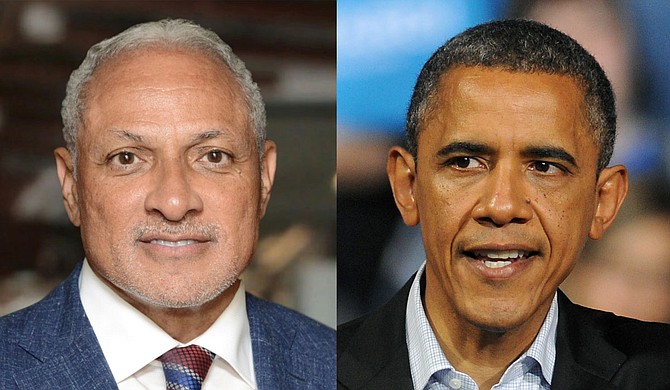 Mike Espy, a Democrat trying to unseat a Republican U.S. senator in Mississippi, said Wednesday that he has received his “biggest endorsement yet,” from former President Barack Obama. Photo courtesy Flickr/Adam Glanzman

JACKSON, Miss. (AP) — A Democrat trying to unseat a Republican U.S. senator in Mississippi said Wednesday that he has received his “biggest endorsement yet,” from former President Barack Obama.

“Mike Espy has a great chance to win this election for the Senate and keep Mississippi moving forward," Obama said in a fundraising appeal.

Espy was U.S. agriculture secretary under President Bill Clinton, after serving six years in Congress from a rural Mississippi district. He is challenging Republican Sen. Cindy Hyde-Smith in a rematch of a 2018 special election.

Hyde-Smith is a former state agriculture commissioner who was appointed to serve temporarily in the Senate in the spring of 2018 when longtime Republican Sen. Thad Cochran retired because of poor health. A special election was held in November 2018 to fill the final two years of the six-year term Cochran started, and Hyde-Smith defeated Espy in a runoff.

President Donald Trump stumped for Hyde-Smith in Mississippi in 2018 and she campaigns as a loyal supporter of Trump and his policies.

The Democratic presidential nominee, former Vice President Joe Biden, endorsed Espy last month. In the fundraising appeal Wednesday, Obama mentioned Mississippi retiring the last state flag in the U.S. that included the Confederate battle emblem. Legislators made the change in June amid the context of widespread protests over racial injustice after a Black man was killed in Minneapolis police custody.

“You were finally able to change the flag. Now, you can change your Senator, too,” Obama said. "Mike Espy for Senate and Joe Biden for President. It’s your time to be heard.”

Republicans hold all statewide offices in Mississippi and voters in the state last elected a Democrat to the U.S. Senate in 1982, when John C. Stennis won his final term. Stennis left office in early 1989, after serving more than 41 years.