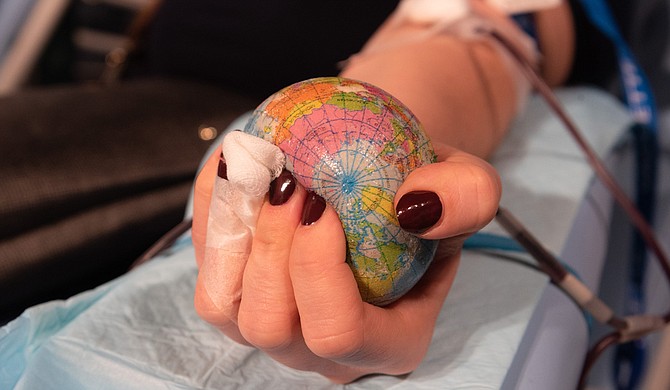 Fewer people tend to donate blood during holiday seasons each year and even fewer during a pandemic. Thus, MBS welcomes all donors. Photo by rovin from Pixabay

When Kent Mummert enters Mississippi Blood Services, he smiles and exchanges greetings with the staff. After checking in and completing the required paperwork and mini-physical, he heads over to a bed and takes a seat. He chats with a familiar phlebotomist who calls him by name as she begins collecting his donation.

Mummert has been a regular donor for years. The Clinton resident donates about every other week. His donation of platelets allows him to donate more regularly than most, and he has recorded more than 700 donations. Mummert, however, shies away from discussing the volume of his contributions.

"I don't dwell on that," he says. "Everyone should find a way they can help their neighbor and do it to the best of their ability. Donating platelets is the way I've found that I can best help my neighbor. So I do it as often as I can, but I desire no accolades for doing my part."

Mummert, a freelance graphic designer and adjunct professor at Mississippi College and Belhaven University, began donating blood in 1976 and has been faithfully doing so ever since. He and other regular donors are the life-blood of Mississippi Blood Services.

Hundreds of pints of blood are sent out every day for surgeries, traumas, and other catastrophic and long-term illnesses, such as sickle-cell disease and cancer according to the organization's website. MBS services hospitals across Mississippi as well as Alabama, Arkansas and Tennessee. It depends on continuous donations as blood is perishable and cannot be stockpiled.

Presently, MBS is experiencing a severe shortage of several blood types and platelets. Mummert says donations usually decline during the holiday season; however, the organization has seen a significant decline throughout 2020 amid COVID-19 concerns.

"Many people are afraid of going out and giving blood because of COVID," Mummert says. "It is not common that they are at the (low) level that they are at now, but they service hospitals all over the state and other states. People need them, and they are sending it out. Just because COVID is around doesn't mean people stop having cancer situations or accidents."

Mummert believes that blood donation is an easy, yet important way of helping our community. He encourages others to join him in making a difference, particularly during this time when a below-average number of donors have entered MBS' doors.

"If we all help each other along, then we'd all be better off. I'd encourage others to try donating blood to help their neighbor, but if that doesn't fit then find what does fit and do it well," Mummert says.

Those interested in blood or platelet donation can call Mississippi Blood Services at 601-368-2673, or visit msblood.com to find a local collection site, as well as to schedule an appointment.