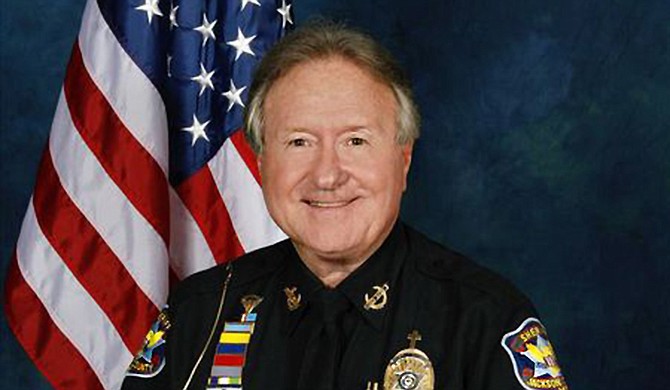 Longtime Mississippi sheriff Mike Byrd has of Jackson County died of COVID-19 in the hospital where he was being treated. Photo courtesy Jackson County Sheriff Department

PASCAGOULA, Miss. (AP) — A longtime Mississippi sheriff has died of COVID-19 in the hospital where he was being treated.

The Sun Herald reported that former Jackson County Sheriff Mike Byrd died Thursday on his 71st birthday after battling the illness caused by the new coronavirus.

Byrd had been hospitalized on a ventilator at a hospital in Mobile, Alabama, and the sheriff's department announced his death on its Facebook page.

Byrd, who served four terms as sheriff, resigned in 2013 before pleading to state and federal charges involving his office. He was still known as a devout Christian who sang gospel music and was a good friend and family man.

“Mike had the greatest personality,” said Circuit Clerk Randy Carney. “Every time I saw him, he would hug my neck. Mike would tell me, ‘Man, if you need anything, just let me know,’ He had a great sense of humor.”