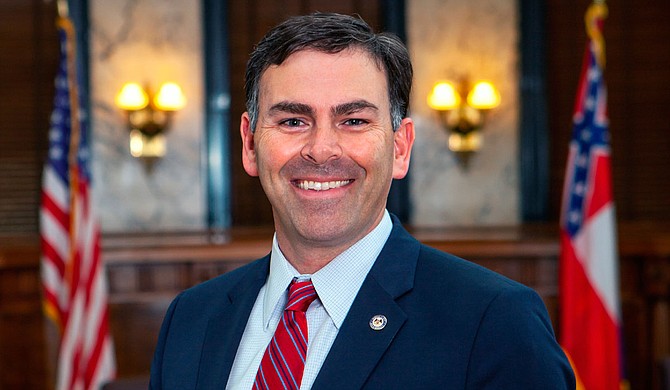 "In the shadow of Mississippi’s incredibly fraught history with voting, (Mississippi Secretary of State Michael) Watson rails against the bogeyman of potential voter fraud with the clear intent to keep minorities from voting." Photo courtesy State of Mississippi 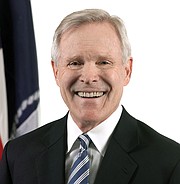 On May 18, Mississippi Secretary of State Michael Watson issued a statement on voting in the November election. He begins sensibly saying, “we do not believe voters should have to choose between casting a ballot and risking their own health.” But those rational sentiments are quickly and completely overwhelmed by the delusional claim that his biggest job is to protect against the red herring of voter fraud.

By far the most disturbing language is his proclamation that limiting voting will uphold “Mississippi’s steadfast conservative values.” In the shadow of Mississippi’s incredibly fraught history with voting, Watson rails against the bogeyman of potential voter fraud with the clear intent to keep minorities from voting.

The state has a long and shameful history of black voter disenfranchisement. During Jim Crow, it used poll taxes and “literacy tests” to deny the right to vote to black Mississippians. Some Mississippians used, and far too many more condoned, violence and terror to keep black Mississipians from even attempting to vote. Medgar Evers, Vernon Dahmer, Andrew Chaney, Andrew Goodman, Michael Schwerner and so many others were murdered for trying to register people to vote.

After the passage of the Voting Rights Act in 1965, insidious tactics arose like placing police vehicles in front of mainly black precincts. Poll watchers threatened black Misissippians going to vote that they could be arrested if their voter registration was not exactly right—if their name was misspelled or if they were not at the correct precinct. Poll watchers determined to keep people from participating in our democracy would lie to voters, making up requirements to scare them away from exercising this precious right.

Are these the “conservative Mississippi values” Watson wants to uphold?

The modern version of voter suppression is the photo I.D. requirement that many Republican legislatures and governors have championed as a way to prevent voter fraud. Study after study and analysis after analysis show this to be not just a lie, but a whopper. A 2014 study found 31 credible instances of fraud out of more than a billion ballots cast between 2000 and 2014. In the 2016 presidential election there were four (four!) possible cases out of almost 130 million votes.

JFP's omnibus collection of articles to keep you up-to-date and informed.

The Brennan Center found that it is more likely that an American “will be struck by lightning than that he will impersonate another voter at the polls.” Even a commission President Trump appointed to ferret out supposed massive voter fraud disbanded after it found absolutely nothing.

Voter fraud is used, in spite of this overwhelming evidence, to make voting harder because Republican lawmakers will use any excuse, no matter how flimsy, to suppress the minority vote.

Watson’s statement goes farther and argues against any effort to make voting more accessible: “I want Mississippians to understand this is not a ploy to implement early voting.”

Watson could not have been more wrong when he said “we realize the greatest vulnerability to our electoral system would be adopting policies such as universal vote-by-mail and no-excuse early voting.” The greatest threat to our electoral system and our democracy is when people do not vote. We should be ensuring access to the ballot, not denying it, as we in Mississippi did for decades.

Even though minority voter suppression has been a cornerstone of the Republican playbook for years, it is still astounding that making voting more accessible or more universal in a democracy is framed as something to ruthlessly fight.

Mississippi, with all it has done in the past to try and keep black Mississippians from exercising their fundamental right, should be at the forefront of making voting more available and less burdensome. Instead, it is using non-existent voter fraud to just dress Jim Crow up in new clothes.