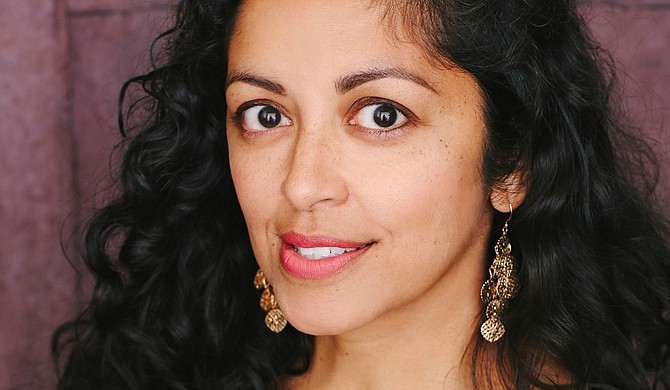 OXFORD, Miss. (AP) — A University of Mississippi professor who has published four collections of poetry has been named a Guggenheim Fellow.

Aimee Nezhukumatathil said in a university news release that she will use the fellowship to focus on “a new collection of poems inspired by natural history and folklore and navigating what it means to help raise a half-Asian American family in the American South."

She and her husband Dustin Parsons, who is also a writer, live in Oxford with their two sons.

“I want this work to call readers to become and remain students of the natural world and to celebrate the sweetness of beautiful noises and silences of this planet — even, and in spite of increasing violence to each other and the outdoors,” she said.

Nezhukumatathil was born in Chicago to parents who emigrated from the Philippines and India.

The fellowship by John Simon Guggenheim Memorial Foundation was established in 1925 and is granted to people across artistic and academic disciplines. Nezhukumatathil was among 175 recipients chosen from about 3,000 applicants. She was the only Guggenheim Fellow in Mississippi this year. The university news release did not disclose the amount of Nezhukumatathil's fellowship.

“It’s quite simply the biggest honor of my career to have my work and creativity be recognized in this way, and it’s also humbling to see the names of previous winners, many of whom I consider my writing heroes," Nezhukumatathil said.

Nezhukumatathi was the University of Mississippi's John and Renée Grisham Writer in Residence during the 2016-17 academic year. Since 2018, she has taught courses in literature and creative writing.

Nezhukumatathil has published four collections of poetry: “Oceanic” in 2018, “Lucky Fish” in 2011, “At the Drive-in Volcano” in 2007 and “Miracle Fruit” in 2003. Her first nonfiction book is set for publication in August. “World of Wonders: In Praise of Fireflies, Whale Sharks, and Other Astonishments,” is a collection of nature essays.