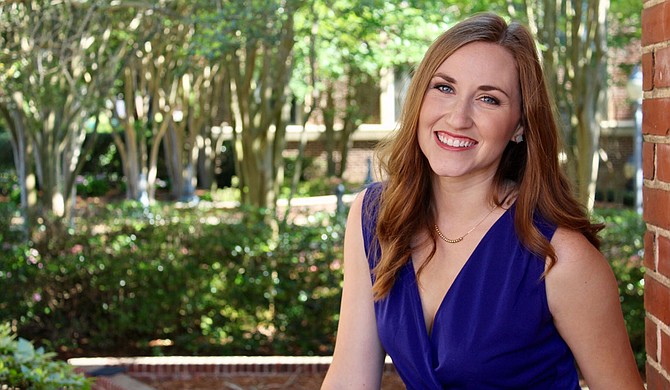 During tough times, such as the one we face now due to the pandemic, we look toward organizations and people who have a heart for giving their time and energy to help those who need it. Fortunately, Taylor Hart, development director and event coordinator with the Salvation Army of Jackson, bears a passion for missions. Hart has heart.

The Panama City, Fla., native and her family moved from Port St. Joe, a small coastal town in Florida, to the Jackson metro area when she was 10 years old. After graduating from Northwest Rankin High School in 2013, she went on to attend Hinds Community College, Mississippi State University and Mississippi College, from which she earned her bachelor’s degree in public relations and communications in 2017. While the degree helped guide her to her current profession, a collegiate internship played an active role in shaping her future as well.

A self-described fanatic of all things Disney, Hart was elated when she secured an internship with the Disney College Program. She describes the job as the most physically challenging one she has ever had—as she regularly had to lift heavy items while working in a fast-paced restaurant—and says that it taught her not only how to better multitask, but also how to manage stressful situations and adapt.

While she thought she would be interacting with children, she ultimately ended up more often speaking with parents.

“I would see these parents all the time who want a grand, magical time. They want that specific experience. But (I learned) the small moments can still make you happy,” Hart says.

Helping guests at the park may have laid down the groundwork for her chosen path, but exposure to her grandparents’ work in missions served as the spark that led to the final decision.

They operate a Christian-based program called the Covenant House, which offers a home for those who need temporary housing, whether it be due to homelessness, addiction recovery or other reasons.

Originally, she didn’t intend on working in the nonprofit field, but after coming to understand just how many folks are in need of a helping hand, “It has truly become a passion and a local mission for me now,” she says.

When she learned that an event coordinator position with the Salvation Army had become available, she enthusiastically applied.

“I believe the job was meant for me. God had plans that I didn’t know about beforehand,” she says.

“I also like to tell the story of the Salvation Army. People have no idea about the impact on the community it has made (through) arts programs, summer camps, food pantries, utility assistance, sports programs, disaster aid,” she says “We’re active outside Christmastime.”

Hart believes in the importance of localized goodwill and says she is confident people will see and meet the needs of those who need help.

Hart lives in Brandon with her husband Kyle, who is a medical student at UMMC, and two children, 4-year-old Kasen and 7-month-old Levi.