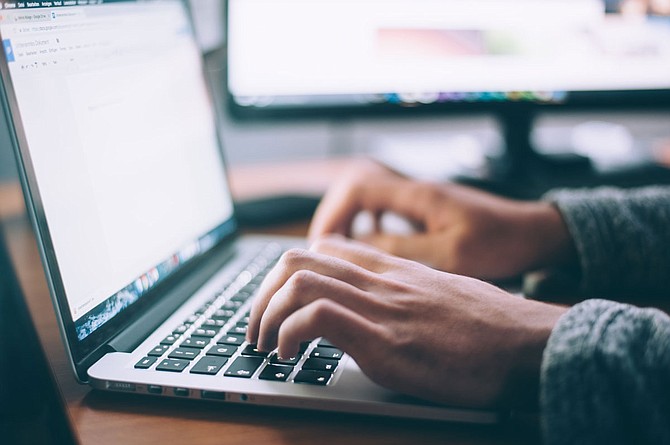 The Mississippi agency that handles claims for jobless benefits is getting 10 times the usual number of phone calls as people seek help amid the coronavirus pandemic. Photo by Glenn Carstens Peters on Unsplash

JACKSON, Miss. (AP) — The Mississippi agency that handles claims for jobless benefits is getting 10 times the usual number of phone calls as people seek help amid the coronavirus pandemic.

“Mississippi unemployment claims are rising quickly, as they are across the country,” Republican Gov. Tate Reeves said Thursday on Twitter. “We are working hard to deal with the massive influx and take care of our people."

Jackie Turner, executive director of the Mississippi Department of Employment Security, told WAPT-TV on Wednesday that the center is receiving 6,000 calls a day, up from the usual 600.

"There are only so many lines coming into the agency and quite honestly, they're jammed," Turner said.

The Health Department said Thursday that Mississippi had at least 485 confirmed cases of the coronavirus as of Wednesday evening. Because testing remains limited, most people now spreading the highly contagious virus may not know that they've been infected.

Mississippi on Thursday also reported another death from the virus, bringing the state total to at least six. But, testing remains so limited that it's unclear whether the outbreak has caused other deaths without being identified as the reason.

The state Health Department said the death announced Thursday was a Rankin County man who was 80-85 years old and was hospitalized with underlying health conditions.

For most people, the new coronavirus causes mild or moderate symptoms, such as fever and cough that clear up in two to three weeks, but also milder cases of pneumonia, sometimes requiring hospitalization. The risk of death is greater for older adults and people with other health problems and some need respirators to survive.

With infections spreading exponentially, hospitals across the country are either bracing for a coming wave of patients, or already struggling to keep up.

Reeves issued an executive order Tuesday that seeks to limit people's physical interactions. He told restaurants and bars statewide to close their dining rooms and limit service to carry-out or deliver meals. The governor has encouraged people to remain home, but has not issued a stay-at-home order, as many other governors have done.

Some Mississippi cities and counties are setting curfews and other restrictions tighter than the ones ordered statewide by Reeves. Clarksdale, Greenwood, Hattiesburg, Jackson, Meridian, Oxford Port Gibson and Tupelo are among the cities where officials have told people not to congregate in large groups. Adams County has set a nighttime curfew.

Reeves has been talking to mayors about how his order works with theirs. The governor's office issued a statement Thursday saying his order “sets a statewide standard in terms of social distancing and defining essential businesses to slow the spread and protect public health. This establishes statewide parameters that local leaders on the front lines can build on to make decisions that are in the best interest of their communities.”