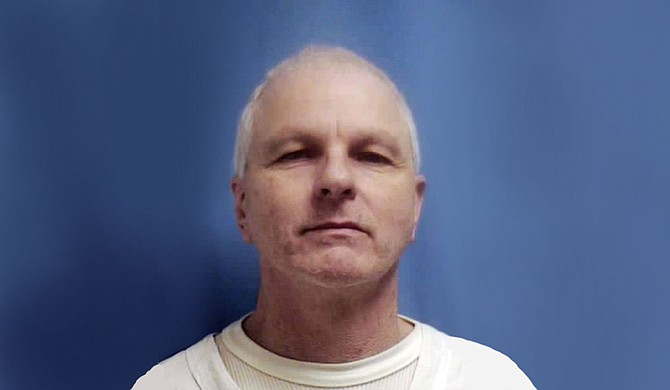 Mississippi lawmakers are considering a change to a law to reduce long prison sentences given to habitual offenders whose past crimes were either nonviolent or committed many years earlier. Photo courtesy MDOC

JACKSON, Miss. (AP) — Mississippi lawmakers are considering a change to a law to reduce long prison sentences given to habitual offenders whose past crimes were either nonviolent or committed many years earlier.

People facing prison time in Mississippi can have extra years, or even life imprisonment, added to their sentences if they have a past felony convictions on their criminal record. House Bill 1024 would prevent offenders from receiving added prison time if a past offense was committed 15 years or more before and limit the use of life-without-parole sentences to violent crimes only.

However, in its current form, the legislation would only apply to future offenders, not those currently incarcerated. One Mississippi man's family is urging lawmakers in the final days of the legislative session to make the bill retroactive, so it can benefit the thousands of inmates facing decades in prison under the habitual offender law now.

“Why should a man lose his life because he purchased two lithium batteries and a six-pack of BC Cold and Sinus powder?” Paul Houser’s stepmother, Patsy Houser, said Wednesday during a phone interview. “We are ready for him to come home.”

Houser was sentenced in 2007 to 60 years in prison without a chance for parole after he was arrested in Columbus, Miss. for carrying two lithium batteries and a six pack of cold medicine — items sometimes used to make methamphetamine — in his truck. He didn't have drugs on him at the time. In Mississippi, having “possession of precursors” to make drugs can result in prison time.

His sentence was so high because he had previous felony arrests on drug charges — one in 2002, and another in 1983 when he was 19 years old for selling less than an ounce of marijuana, Patsy Houser said. Houser was sentenced to 30 years in prison for possession of precursors, and the habitual offender law allowed the judge to double it.

Since his conviction, Mississippi enacted a law in 2014 that would have reduced Houser's total sentence by more than two-thirds if he were charged today. But, the change wasn't retroactive.

House Judiciary B Committee Chairman Nick Bain, a Republican from Corinth, is the sponsor of HB 1024. He said the goal of the legislation is to filter out people with violent criminal histories who are truly dangerous to society from those who can be productive citizens if released. He said he also hopes to save the state some money in the process.

A report last year by FWD.us found 78 Mississippi inmates are serving sentences of at least 50 years for drug crimes. At a cost of roughly $14,500 per year to house a person in prison in Mississippi, “state taxpayers have already spent over $16 million housing this group of just 78 people and their sentences would cost nearly $70 million if served in their entirety,” the report says.

An earlier version of the legislation did include a provision allowing the bill to be retroactive. Bain and his fellow legislators are now meeting regularly to work on a final version of the bill. Bain said he hopes to see that language return.

"It's my goal to get that language back in there in some respect," Bain said Thursday. “It's an equal protection issue, really. That's not the way our law should work. I think a person should get the benefit of a change in our policy.”

Bain said the bill as partially inspired by the case of Tameka Drummer in Alcorn County, who was sentenced to life in prison in 2008 for marijuana possession because of her past criminal history.

“We are paying for her for the rest of her life, and I don't think that's good conservative policy, if you will,” Bain said.

Patsy Houser said her stepson worked for decades installing floor coverings. If he were released, he could be a productive citizen again. She said a job injury made him start taking pain medication, which lead to a years-long struggle with addiction.

“He did abuse drugs, but he harmed nobody but himself by doing that,” she said. “He didn't deserve what he got."