Soap-Maker Cleans Up with Nerd Appeal 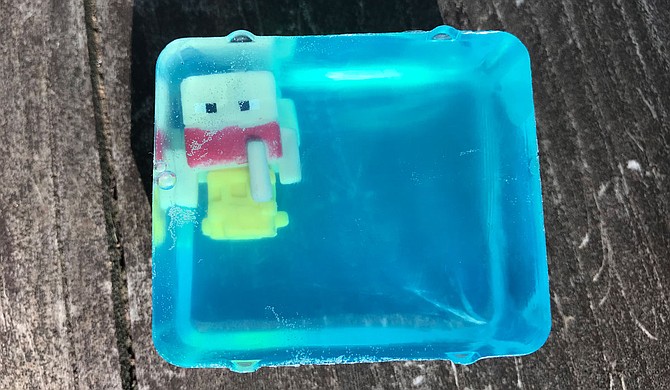 Memories of her grandmother, Maxine Towner, first nudged Anisa "Max" Martin into soap-making. But, a question from her daughter set the hobby in a playful direction that dabbles into nerd culture. 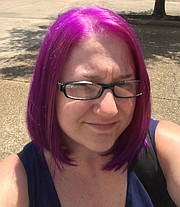 Lady Helen's Soaps is Martin's home-based sideline. The name is a nod to her first high-school email address and "the dainty, crafty person inside of my head," she says, picturing a 1950s-era housewife. "It's weird, I know."

Martin, who was Born in Indiana, has lived in Jackson since middle school, when her family moved to Mississippi. She started the soap-making hobby in 2015, focusing on fragrant, dainty soaps at first—the kind her grandmother collected on her travels.

"They'd always smell so pretty, and as a small child, that kind of connected me to her," she says.

Then came her daughter Allie's query: "Can you take (characters from) 'My Little Pony' and put them in soap for birthday parties?" Martin's comeback: "Of course I can?" She gave it a try.

Toy soaps proved more popular, and Martin, wrapping her mother and her daughter into the production, started selling them as a vendor at the annual Mississippi Comic Con and Mississippi Anime Festival events. "It's like the Happy Meal of cleanliness. ... Kids have to get clean to get the prize in the middle," she says.

Toys such as "My Little Pony" and LEGO Minifigures sit in full-size, brightly hued, glycerin-based soaps that range from $1 to $7.

Martin also does "geeky molds," such as "Star Wars"' Han Solo in carbonite, a Dalek from "Doctor Who," and miniature Stormtrooper and Darth Vader helmets inside the soaps.

"I'm big into the cosplay/nerd scene," says Martin, whose purple hair and rainbow glasses convey a flair for color. "I can make some for myself and my daughter and sell them to other nerds who want them as well."

"We try to get a lot of the different fandoms out there," she says, including "Star Trek," "Star Wars," "Spaced Invaders," Pac-Man, LEGO Minifigures, "Pokemon," "My Little Pony" and anime characters. "So, if someone goes, 'I want 17 'Minecraft soaps' for my son's birthday party,' I can probably do that."

Martin keeps her eye on directions in pop culture, too, timing soaps with Marvel Comics, DC Comics and "Pokemon" movie releases. Her favorite to date was a glow-in-the-dark dice soap that was a hit with gamers and the Dungeons & Dragons sect.

Martin sells Lady Helen's Soaps through her Etsy shop and at conventions and can take requests through her Facebook page. By day, Martin works as a paralegal. She's also the executive director of the women's charity, Jackson Homeless Women's Outreach Project.