OPINION: I’m Out of the Political Closet After 30 Years of Hiding My Beliefs | Jackson Free Press | Jackson, MS

OPINION: I’m Out of the Political Closet After 30 Years of Hiding My Beliefs 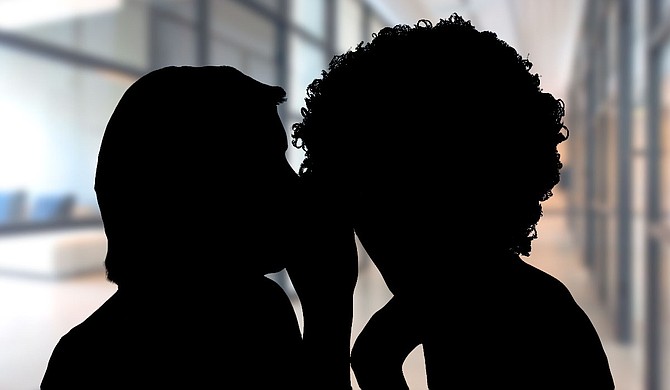 "I'm a white senior woman living in the Deep South. I’m also a Democrat. My closest family members and a few friends are aware of this, and a few of my Facebook friends may suspect, but I hope this is news to most." Photo by Kristin Brenemin 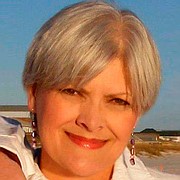 Many years ago when I was teaching elementary school in Petal, Miss., I was blessed to work with one of the most genuine women ever to walk this earth. Her quiet demeanor, expert organizational skills and her gift for quiet observation were a perfect complement for my more global teaching style. We bonded immediately, not only over our passion for teaching small humans, but also our shared political ideology.

What a breath of fresh air it was for both of us to find someone who saw the world from a similar point of view. We had a running joke about closing ourselves up in a closet in order to talk politics so we wouldn't risk alienating any of the other faculty. We solved a multitude of problems in our imaginary political closet.

One thing we never discussed, however, was the possibility of outing ourselves. Instead, we smiled silently in our conservative environment, enduring political jokes and ridicule of the party with which we aligned ourselves.

Over the years, I gradually came to the realization that the day would come when I would no longer be able to stay silent. Eventually, I would have to speak up or explode. Today, almost 30 years later, it's finally time to come out of the closet.

Insulting and Hurtful and Personal and Vitriolic

I'm a white senior woman living in the Deep South. I’m also a Democrat. My closest family members and a few friends are aware of this, and a few of my Facebook friends may suspect, but I hope this is news to most.

I created my Facebook account around 2009 or so, and since then, for the most part, I silently scrolled past what sometimes felt like an endless stream of opinions that were completely foreign to my own. It just seemed easier to keep my mouth shut and not "rock the boat"—until it wasn't easier anymore. It became insulting and hurtful and personal and vitriolic.

At one point I opened a document and began to list the vile names that I'd been called on Facebook, but ultimately deleted it because I realized that wasn't terribly healthy! Most of those words were not directed specifically at me, but were thrown out into a nameless, faceless void about people with my views.

However, one of the most memorable, the declaration that I "couldn't possibly be a Christian AND a Democrat," was delivered to me personally by a former minister.

I found myself wondering if these people, some of whom I've known and loved all my life, would look at me in the flesh, face-to-face, and call me those names. Would they post those things if they knew I was a member of a group they so rabidly hate? Maybe they would. I had no idea. It was at that point that I realized I had moved far beyond keeping quiet to avoid making waves. I was silent out of fear. Out of cowardice. I was living a lie, and that's no way to live.

Aligned with Jesus’ Teachings—But Not Perfect

I am a member of the Democratic Party not due to some arbitrary choice. It’s who I am. As long as the party platform remains unchanged, I could no more change my party affiliation than I could change my eye color.

Why? At the risk of oversimplifying, it’s because I wholeheartedly and with great passion believe the ideals of the Democratic Party most closely align with the teachings of Jesus. Most closely. Those are important words for reasons that I’ll discuss at some point in the future.

For now, however, suffice it to say that I don’t delude myself into thinking that the Democratic Party is above reproach. That’s not possible, and that’s OK. We should never deify a political party, and placing a political leader on a spiritual pedestal is 100% guaranteed to end badly.

We never outgrow the desire for acceptance, and I realize I’ll lose friends, some virtual, some in real life, as a result of this information. I may feel a twinge of sadness, but in all fairness, if you want to invest your heart in a friendship with me, you’re entitled to know what you’re getting. I’m sharing from my own heart only after much prayer and a bucket of tears in the hope that it might lead someone, even one person, to think twice. To pause. To take one second of reflection before sharing hateful, divisive words.

Ridicule will only serve to further divide us and heaven knows aren’t we divided enough already? If we're going to heal this country, we must begin by listening to each other with respect.

So this is me. I’m a white, southern Christian woman who loves her God, her family, her friends and her country. I'm the product of two of the most loving parents any person could ask for. They instilled their values in me throughout my life, and I continue to live according to that set of values. Take me or leave me.

Jessie Guess was born and raised in Poplarville, Miss. She graduated from Pearl River Community College and the University of Southern Mississippi before earning her M.Ed. from William Carey University. After a career spanning 35 years in public education, she retired and now co-owns a family business. She designs a line of apparel, home goods and greeting cards inspired by the absurdities in life led "Snarkalicious Designs.”