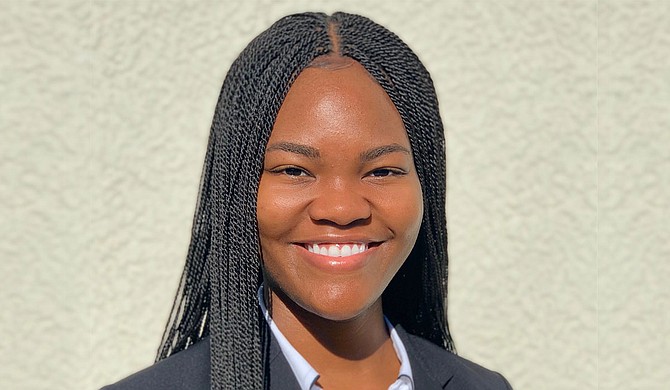 Lois Winn is a California girl who discovered the direction she wanted to take her life in the Jackson metro. As a teenager, Winn spent summers with her aunt in Brandon, and she recalled the stark contrast between Marysville, Calif., and Jackson.

“The hospitality was the most unique thing (about living in Jackson),” she said. “Everyone is friendly and welcoming, and the people there are always waving and smiling. It was definitely a change, but it was a refreshing change.”

Winn’s aunt called upon a friend’s southern hospitality when she discovered that her niece cherished dreams of becoming a lawyer, and Katrina Gibbs, who was a lawyer at the time but now has recently been elected to a judgeship in Ridgeland, invited the California native to shadow her at her law practice the summer after Winn’s junior year of high school.

Gibbs took her protege to conduct research in law libraries and allowed her to watch cases at trial, particularly when she discovered Winn’s interest in family law. Winn recalled the experience, saying, “I got to see a divorce case play out in person, which helped me decide that I actually did not want to be a family lawyer.”

That same summer, Winn’s aunt made it her mission to help Winn determine what she did want to do, and she took Winn and her cousin on tours of colleges across the state, even venturing into Louisiana and Atlanta as the trio window-shopped for a college that would be the right fit for a teen who had set her sights on the courtroom.

Gibbs contributed to Winn’s college search, urging her to major in English literature despite her initial misgivings. “I’m not a fan of Shakespeare, but I finally realized that isn’t what an English major does. (Studying English) opens up your mind,” Winn said.

This choice of major helped Winn settle on Alcorn State University as her college choice, earning a full-ride to the Lorman-based university. “Even though it was secluded, I liked it. It gave me the chance to focus on my studies,” she said.

Her single-minded focus certainly paid off, as she is currently spending the summer completing a remote internship with the Institute for Justice, based in Arlington, Va., before heading out to University of California - Hastings College of the Law to begin work on her law degree. Winn again garnered a full-ride, with her total scholarship package to the law school valuing at nearly $200,000.

Winn was quick to acknowledge Alcorn’s faculty for their role in her post-collegiate success. “My time at Alcorn was amazing. I definitely would not have gotten a full-ride to law school without my professors,” she said.

Her positive experience as a college student coupled with her time spent in Jackson as a young adult gave Winn an enduring fondness for the state and for the metro area in particular, remarking that she could see herself moving back someday.

While Winn will be entering her new school with an open mind and will determine which area of law she plans to practice while completing her education, she does presently have a field that piques her interest.

“I’m OK with being behind the scenes, so I’d like to do alternative dispute resolution, which helps clients figure things out before they go to a full-blown trial,” she said. “It’s also less expensive for the client.”

The specific field aligns with the skills she obtained while earning her English degree, Winn believes. “I’m accustomed to reading and building arguments based on facts and evidence,” she said.

Besides law, Winn jokes that she may move back to the Magnolia State to have better access to certain food franchises, noting that she had Chick-Fil-A for the first time in Mississippi. “The nearest one in California is over an hour away from me!” she lamented, laughing.

Taylor McKay Hathorn is a Jackson-based freelance writer and Mississippi College alumna who is currently furthering her studies at Asbury Theological Seminary. Follow her on Twitter at @_youaremore_.