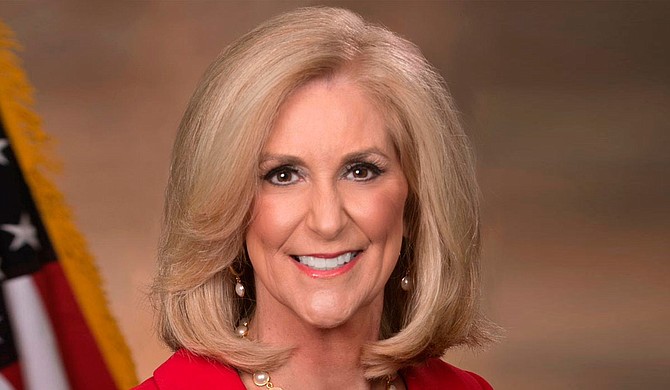 JACKSON, Miss. (AP) — A Mississippi lawmaker on Thursday criticized the state attorney general's decision to drop the prosecution of a white former police officer who was indicted in the 2015 shooting death of an African American man after a traffic stop.

“It really puts a knife in the trust of the judicial system,” Democratic state Rep. Kabir Karriem of Columbus said at the state Capitol.

Fitch announced her decision about the Mississippi case May 28, as protests about police violence against African Americans were starting across the U.S. after video showed a white Minneapolis police officer pressing his knee into the neck of a black man, George Floyd, for nearly nine minutes. Floyd died.

The Mississippi Poor People's Campaign is planning a protest about Fitch's decision. It's set for Friday near the attorney general's office in downtown Jackson.

The killing of Ball sparked protests in 2015 in Columbus, a mostly black city of 23,000 in northeast Mississippi. Karriem was a Columbus City Council member at the time.

Ball was a passenger and ran from a vehicle after it was stopped, Boykin said. The officer said he fired his weapon while chasing Ball because Ball appeared to point a gun at him. A handgun was found near Ball’s body. Ball’s family disputed whether Boykin had cause to shoot.

The local district attorney handed prosecution of the case to the state. Jim Hood, a Democrat who was attorney general at the time, persuaded a grand jury to indict Boykin in 2016, and Boykin pleaded not guilty. Hood ran unsuccessfully for governor in 2019, and Fitch was elected attorney general. She took office in January.

Fitch said her office reviewed the case against Boykin and determined he acted in self-defense.

“Between Feb. 24 and March 20, 2020, a team of experienced criminal attorneys conducted a thorough and independent review of the over six boxes of evidence, including thousands of pages of documents, in this case,” Fitch wrote in a letter Thursday to Karriem, which he showed to The Associated Press.

“They concluded that there is not evidence on which to prosecute the case against Officer Boykin," Fitch wrote. "Amongst the substantial and exculpatory evidence of self-defense not presented to the grand jury were forensics reports as well as the reports and statements of four separate MBI investigators who conducted extensive investigations of this incident, each concluding that it was necessary self-defense."

MBI is the Mississippi Bureau of Investigation.

Fitch also wrote that her office met with Ball's family in person to tell them of the decision before she filed papers to drop the manslaughter charge against Boykin.