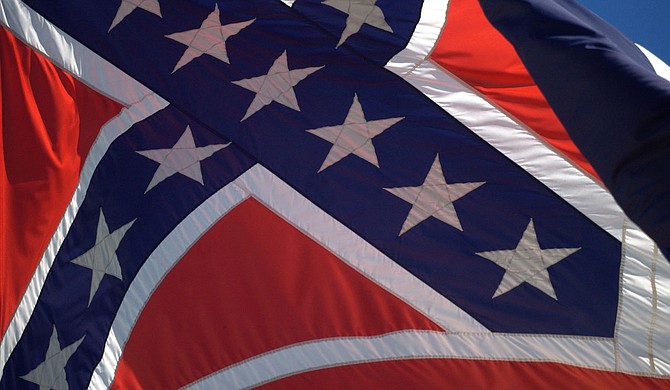 Novelist Michael Farris Smith writes that Mississippi officials should change the Mississippi flag immediately as the nation reckons with systemic racism and history. “It’s offensive, and it’s embarrassing, and it continues to make Mississippi look like it lives on the back end of civilization. Enough,” he writes. Photo courtesy Flickr/Stuart Seeger 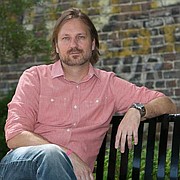 The state flag of Mississippi needs to have the symbol of the Confederacy removed today. Not after a vote, not after three months of deliberation, not after a committee does a study. Today. It’s offensive, and it’s embarrassing, and it continues to make Mississippi look like it lives on the back end of civilization. Enough.

We have one of the most diverse states in the nation, yet we fly the symbol of a 19th-century war that was fought over one person’s right and privilege to enslave another person of a different color. And to be reminded, we were on the wrong side of that argument. Black children should not have to walk into schools that fly the flag. Their parents should not have to pay taxes at the courthouse that flies this flag. No black Mississippian should ever have to raise their eyes to a flagpole in this state and see this symbol.

It is tiring us all out. It is one more thing we don’t need. Mississippi has long been slow to correct its mistakes, and this is an easy one. Replacing the state flag right now, in the midst of this national chaos, in the midst of hate being spewed from the office of the presidency, would send a message not only to Mississippians, but to the nation in general, that we can and are willing to try and do better.

If you love the Confederate flag, that’s your business. Make a coat out of it. Drape it over your house. Paint it across your chest. That’s your right, and if that’s what you want to say about yourself, then have at it. No one wants to take it from you. But the State of Mississippi has no right to continue to ask its radically diverse population to live beneath it. And that’s what it does: it pushes us down, it reminds us, it keeps a grip on the back of our neck and forces a divide.

No change means we support it. I don’t support it. It offends me as a white boy. It bothers me to have to explain it to my children. It’s shameful for my friends of color to have to live under it. Can we not, for once, do what is right? Can we not make a change for the better? Give all Mississippians a flag. Give a big breath of relief across this state. Take a first step.

Yes, we can. It is fully in the power of our governor and legislators to change it. Today. We have to. If we don’t, we continue to enable those who are still fighting some long ago war for the right to own another person. If we don’t, we are nodding in approval at the disparities and divides. If we don’t, we are still the same ol’ Mississippi, no matter how hard so many of us, of every race, are trying to be better.

Michael Farris Smith is the widely acclaimed and award-winning author of five novels. He is a South Mississippi native and now lives in Oxford with his wife and daughters.