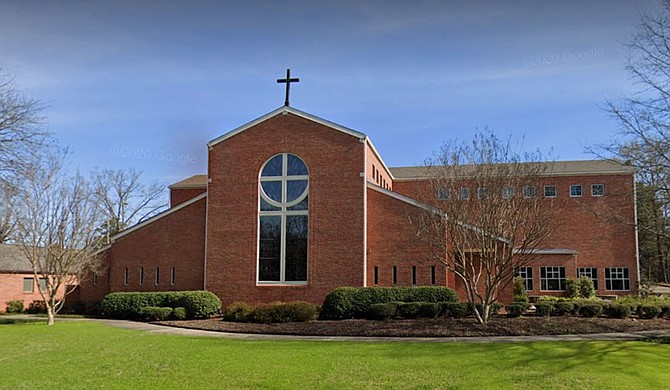 Father Lenin Vargas, who led St. Joseph Catholic Church in Starkville (pictured), was indicted on 10 counts of wire fraud, according to court documents unsealed Wednesday. If convicted, he faces up to 20 years in prison and a $250,000 fine, The Commercial Dispatch reported. Photo courtesy Google Maps

JACKSON, Miss. (AP) — A former priest in Mississippi has been indicted for wire fraud after federal investigators said he took more than $18,000 from parishioners for personal expenses.

Father Lenin Vargas, who led St. Joseph Catholic Church in Starkville, was indicted on 10 counts of wire fraud, according to court documents unsealed Wednesday. If convicted, he faces up to 20 years in prison and a $250,000 fine, The Commercial Dispatch reported.

Vargas also served as pastor at Corpus Christi Catholic Church in Macon until the Jackson Diocese removed him in December 2018 after he became the subject of a federal investigation. He was charged in the sealed indictment earlier this year.

Vargas told parishioners that he had been diagnosed with cancer and that he was collecting money to build an orphanage and chapel in Mexico, his home country, according to the indictment. Parishioners donated $18,258 through checks to Vargas or a GoFundMe account opened in February 2015. Vargas did not have cancer but was diagnosed with HIV in 2014. His HIV medical treatments were covered by health insurance, the indictment said.

Vargas sent some of the money collected to a friend who was involved with Vargas in business ventures in Mexico, court documents said. Federal prosecutors said Vargas also used the money on a dating website that caters to people who are HIV-positive, previous news reports said.

The Diocese of Jackson in a statement Wednesday said the Diocese entered into an agreement with federal prosecutors to “tighten financial controls” in the Diocese’s accounting offices and return parishioners’ donations.

“There are still steps to be taken and certainly more changes ahead,” Bishop Joseph Kopacz said in the release.

“We still invite anyone to come forward with claims, and we will work to seek a just resolution with them,” the statement said. “We hope in Christ for new life and peace.”