OPINION: Blackness and Whiteness, To Whom the Story of America Concerns | Jackson Free Press | Jackson, MS

OPINION: Blackness and Whiteness, To Whom the Story of America Concerns 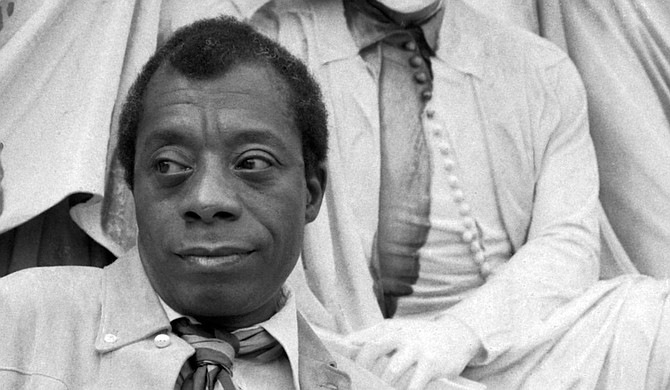 Writer James Baldwin said “the story of the negro in America is the story of America. It is not a pretty story.” To Clay Morris of Jackson, a sophomore at the University of North Carolina at Chapel Hill, America’s story has always not been “pretty” for Black Americans but is only just becoming so for white Americans. Photo courtesy Allan Warren 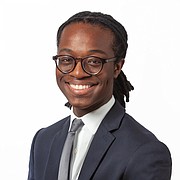 For many Americans who are not Black, whether they be white or people of color, May 25, 2020, the day that George Floyd was murdered, was their first time fully hearing this story. Their copies of America’s story have just been pressed, printed and released for perusal at their discretion.

Yet, many Black children have been told this story with the same routine and rhythm of a bedtime story to the point where their copy of America’s truth is tattered, and doesn’t have to be reprinted as it is as quotable as their cellphone numbers. Because for these children, for myself and my Black peers, this is our story. A story that has been written for us by the grandparents of our peers, the parents of our peers, and our peers via their daily actions and daily proximity to the conundrum of whiteness.

It is not just the scent of burned grass underneath crosses in the yards of Black homes, or the slithering of whips upon Black backs that has written this story, although these horrors do account for endless pages of America’s novel. Because alongside these purposeful terrors and centuries of curated violence against souls who had no choice but to be Black are the daily decisions that come along with being white and engaging with anyone, or anything, that is perceived to be “other” than white.

Who do you sit with in class? Who do you “not see” in the lines of your groceries and malls? Who do your parents deride at home? Who did your parents vote for? Whose hair, tone and intellect do you find so different from your expectation that you feel the need to validate this curiosity with a verbal exclamation of “You’re so articulate,” “Can I touch your hair,” “What do your parents do?”

Who do you feel most comfortable with? Who are you?

While these questions could certainly audit the inner workings of one’s relationship with whiteness they are far from the requisite diagnostic needed to make non-Black people understand how the thesis of America’s story dictates everyone’s lives. In that thesis, the world exists in two spheres: one of whiteness, and its flawlessly flawed inability to understand itself as the ultimate catalyst for society’s injustice, and one of Blackness, an idea constructed to absorb the injustices and cruelties that derive being “white.”

It is without this thesis, and the consistent bisecting of everyone and everything as Black, white or adjacent to one of these constructions, that the order of the world that many non-Black people swallow comfortably would dissolve. Those who actually know the story realize, however, that the existing order is not order: It is chaos. And it is chaos defined by whiteness’ contradicting ability to blind itself from the fact that it is, first, a distortion of the psyche as Toni Morrison said, and second, only seen as order for those who are white. This is because the story of those stuck the bedlam of the racialized world, is also the story of those who created the bedlam.

The logical question then is how, if these existences, Blackness versus whiteness are so different, how can the American story be the same for us all? But only someone who has been zombified by whiteness would be able to conjure such a question. This is a question that requires a specific amount of cognitive dissonance and the ability to step outside your identity, which those who are not white, not Black, do not have.

America’s story, the Black story, has no degrees of separation from the white story because they are constantly reinforcing one another. What then should be done with America’s story? Its volumes are too far inscribed into the country’s existence to rewrite the story or to forget it, as Nikole Hannah-Jones’ 1619 project revealed to some Americans. Additionally, the story contains too much truth to be ignored.

So there must be, unfortunately for some, a new addition to the story’s thesis, a purposeful plot reconstruction that involves the destruction of whiteness and its grip. Most likely white people, even those who are “allies” according to their social media, will not like the story’s new path because it will erase the life they are comfortable with. It will erase the life that has given them power they pretend to be unaware of.

However, the most important sentences written in this new portion of America’s story must come from the Americans, the white people, who are unwilling to let go of the order of the world they know as peaceful. They must recognize that their world, their whiteness, while made tangible by systems, is a lie. That the portions of the story they have contributed to, although they have created mountains of Black death, are based in a fiction that can no longer be beneficial to them if progress is to be the thematic turn in America’s story.

Mississippian Clay B. Morris is a rising sophomore at The University of North Carolina at Chapel Hill studying political science and journalism. Morris is also a contributing reporter for the Mississippi Free Press and a Youth Media Project alum.