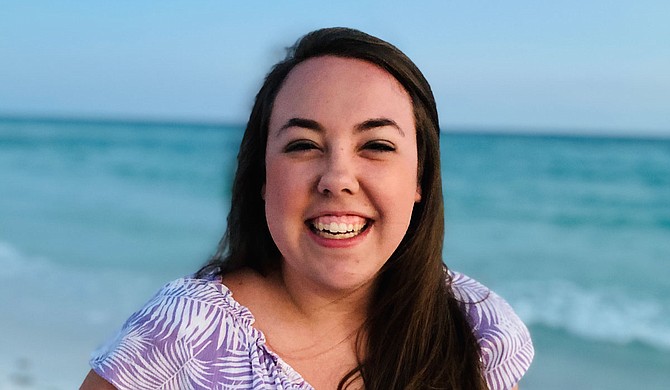 “For anybody who is from or has moved to Mississippi, it kind of gets in your blood, and you realize the people you meet and the experiences you have become a part of you,” she says.

After graduating in 2016 with a bachelor’s degree in political science, Richards moved to Washington, D.C., working on-and-off on the Hill for a year before the Magnolia State began to beckon. She returned to MC to pursue a master’s degree in professional and corporate communication, which she will finish this December.

“I knew I wanted to live in Jackson and be part of the people who believe in Jackson, and work to find ways to talk about how great it is and make it better,” Richards says.

As an advocate for the capital city, Richards thinks it’s up to Jackson residents to be individual evangelists for the things that they love about the metro.

As an admissions counselor, Richards recruits incoming students from Texas, Georgia and northern Louisiana, and in the upcoming year she will work to recruit people throughout the quad-county area, from Vicksburg to Gluckstadt.

Richards loves hosting people and cooking for them when it’s safe to entertain: “One way I try to connect with my community is just bringing people in my home—finding the people who haven’t found their community yet and bringing them into mine.”

A member of Redeemer Church in Jackson, Richards volunteers with the children’s ministry. She also likes to travel and promote the city she loves.

“I want people to know that Jackson’s worth the risk. Being a citizen of Jackson and getting involved sometimes doesn’t always feel like it pays off, but it does, whether you see it or not,” she says.