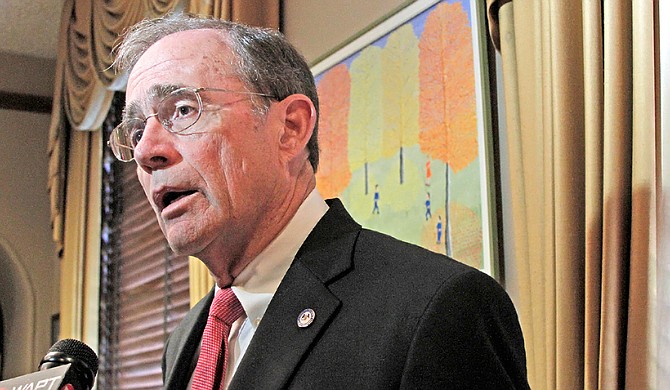 Mississippi has long had some of the lowest teacher salaries in the nation. Republican Lt. Gov. Delbert Hosemann (pictured) and several other officials said during the 2019 campaign that increasing teacher pay would be a priority this year. Photo by Ariel Dreher

JACKSON, Miss. (AP) — Mississippi lawmakers are working to give most teachers at least a $1,000 pay raise, and Lt. Gov. Delbert Hosemann said Thursday that he wants it to be part of a multiyear plan to increase some of the lowest salaries in the nation.

“It is the first step that we're going to take in a hopefully very quick journey to bring teachers' compensation up in which they do not have to make an economic decision on whether to teach or not,” said Hosemann, a Republican who became lieutenant governor in mid-January.

Senate Bill 2001 would give $1,000 across-the-board raises to most teachers and to all teachers' assistants.

The bill passed the Senate Education Committee on Thursday and could go to the Senate Appropriations Committee next week. It must pass there before it can move to the full Senate.

Teachers in the first two years of their careers would receive raises of $1,100. That's an effort to boost the beginning salaries.

The National Education Association says the average teacher salary in the U.S. was $60,477 for the 2017-18 school year. Mississippi had the lowest average that year, at $44,926.

The average teacher salary in Mississippi for the 2018-19 school year was $45,105, according to the state Department of Education. That is the most recent figure available.

During Mississippi's election-year legislative session in 2019, the state approved a $1,500 teacher pay raise that took effect for the current school year. Hosemann and several other candidates said while campaigning that further increasing teacher pay would be a priority this year.

Republican Gov. Tate Reeves said during his State of the State speech Monday that he wants to increase teachers' pay, but he did not offer a specific plan.

“My priority is simple,” Reeves said. “Let’s pay our teachers as much as we can possibly afford.”

Mississippi Association of Educators president Erica Jones appeared with Hosemann and others during a Capitol news conference Thursday, and she praised the pay proposal.

“This is a really important step in public education," Jones said. "For years, we have felt that we were neglected and we weren’t listened to.”

“The struggle is real, finding teachers,” Chism said. “It is difficult across the state.”

Teachers' assistants in Mississippi are currently paid $14,000 a year. The bill would increase that to $15,000.